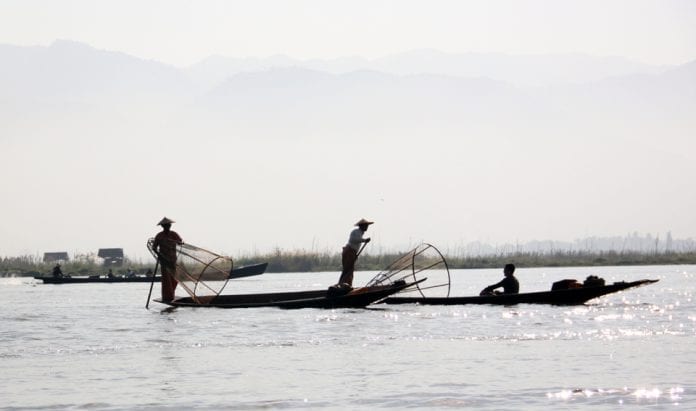 Myanmar is keen to showcase its booming tourism industry and attract investment in a bid to prop up its economy, an official said.

Myanmar is hoping to attract investment to improve trade relations and encourage local companies to move to other nations, said U Aung Lynn, a senior official of the Foreign Affairs Ministry on the sidelines of the 24th ASEAN Summit that was hosted by Myanmar.

“There are resources here that can be improved for the production of raw materials and the quality of goods. Small and medium enterprises (SMEs) can play a vital role in these areas,” he said.

“The year 2013 was a successful year for the tourism industry in Myanmar,” Hotels and Tourism Minister U Htay Aung was quoted by local media as saying.

“We received more than 2 million visitor arrivals from January to December in 2013, which is a record-breaking (number),” he said.

“In 2014, we will endeavor to get 3 million visitor arrivals,” he said, adding that Myanmar’s chairing of ASEAN during 2014 should help boost the totals.

Last year 2.04 million foreign visitors entered Myanmar, with 885,476 arriving by air, 6,086 by water and more than 1.15 million by land through border checkpoints. This was almost double the foreign visitor arrivals in the previous year.

The government has targeted adding 1,255 and 2,455 rooms in 2014 and 2015, respectively, to meet the boom. Official estimates indicate that Myanmar now has only enough rooms to accommodate 750, 000 arrivals a year, driving up room rates and making the destination uncompetitive.

In addition, more than 90,000 new jobs may have been created by new foreign direct investment (FDI) in Myanmar during the 2013-14 fiscal year, state media reported.

A report in the New Light of Myanmar newspaper said Myanmar had “become the most interesting market among the neighbouring countries” because it “has been on the right track towards democratic transition.”

“Job opportunities could be created for over 90,000 workers in the country during the 2013-2014 fiscal year, thanks to large foreign investment,” an official in the government’s investment directorate was quoted as saying.

FDI reportedly doubled to more than $3.6 billion in the last fiscal year.