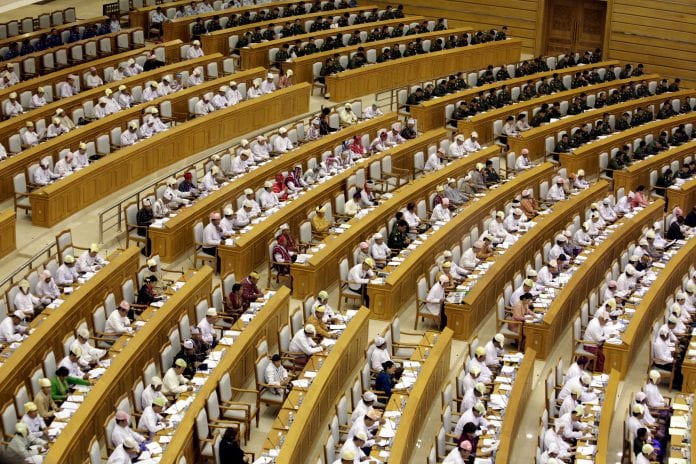 A list containing the names of Chinese traders who owe money to Myanmar traders will be sent to the Chinese government, deputy minister for commerce Dr Pwint Hsan told a session of the lower house of parliament.

U Sai Winn Khine, a member of the lower house representing Theindi township in Shan state, asked the deputy minister how the government plans to tackle the problem of Myanmar traders and farmers who have not been paid back “hundreds of millions of Kyats” by Chinese traders.

The traders are unable to pay back the money as many are fleeing the Chinese government for prosecution of illegal trading.

“We will send to the Chinese government a list of names of Chinese traders who have not paid back their debts to Myanmar traders. We have also begun discussions to resume talks with the Chinese officials regarding the settlement of loans,” Dr Pwint Hsan replied.

Most traders in Northern Shan state, where the majority of the border trade with China originates, buy goods from local producers on credit and then exports to China legally.

However, some Chinese traders violate the law and are subsequently arrested by Chinese authorities. These traders became unable to pay back the loans, causing losses for local people, U Sai Winn Khine said.

The Ministry of Commerce has mentioned the issue of outstanding loans at the 10th Myanmar-China trade cooperation meeting held in China’s Yunnan province in December.

“Our traders are facing many obstacles in getting back their loans. The losses are very high as the amount in concern is hundreds of millions of Kyat,” U Sai Winn Khine said.

The Chinese government started arresting its own traders on a large scale last august, making many flee their operations and leaving a large amount of unpaid debt.