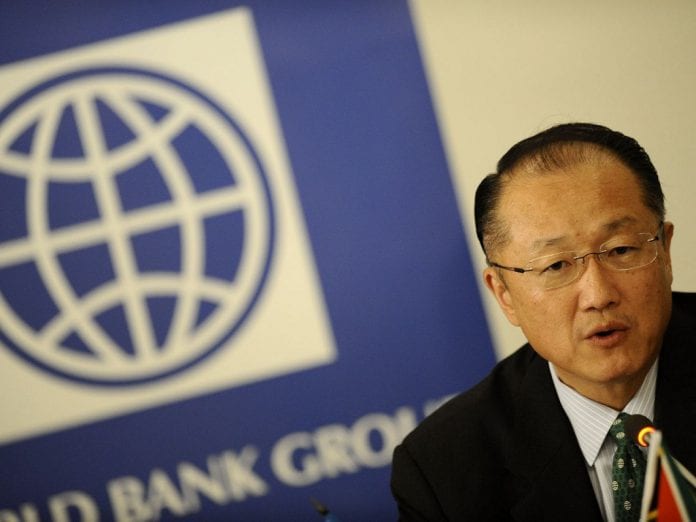 Myanmar’s real GDP growth rate for 2014-15 fiscal year is expected to increase to 8.5 percent, putting it above an otherwise sluggish East Asia Pacific economy, the World Bank said in its recent report.

The Myanmar economy continued to accelerate in FY2013-14, with real GDP growth estimated to have been 8.3 percent, higher than the 7.3 percent achieved in FY2012-13, the Washington-based lender said.

The Bank said Myanmar’s growth has been driven mainly by strong performance in construction, manufacturing, and services. The country’s investment rate has been steadily rising, augmented by growing domestic investment and a strong inflow of FDI.

The overall macroeconomic environment remains stable, and the outlook for Myanmar is positive, although predicated on sustained reforms in a broad range of policy areas, the WB said.

In contrast, developing countries in East Asia Pacific will see slightly slower economic growth this year, but the pace of growth in the region, excluding China, will pick up next year, as the gradual recovery in high-income economies boosts demand for exports from the region, the World Bank said. Although, developing East Asia Pacific remains the fastest-growing region in the world.

Developing East Asia will grow by 6.9 percent this year and next, down from 7.2 percent in 2013, according to the East Asia Pacific Economic Update.

While the region as a whole will benefit more than any other region from the recovery of the global economy, the impact will vary across countries, depending on their investment and export environment.

Significant uncertainties remain that could affect the region’s growth. High-income economies, especially in the eurozone and Japan, could face downside risks in the near term. Global financial conditions could tighten sharply, and international and regional geopolitical tensions could affect prospects.

“The best way for countries in the region to deal with these risks is to address vulnerabilities caused by past financial and fiscal policies, and complement these measures with structural reforms to enhance export competitiveness,” said Sudhir Shetty, chief economist of the World Bank’s East Asia and Pacific Region.