Myanmar SMEs Not Getting Sufficient Loans from SMIDB 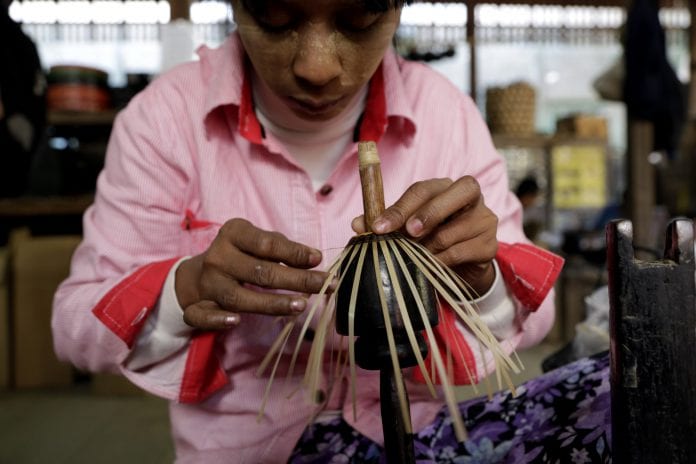 The amount of loans provided by the state-owned Small and Medium Industrial Development Bank (SMIDB) is not adequate  for Myanmar’s small and medium enterprises, while the loan procedure is also not effective, entrepreneurs and officials told Myanmar Business Today.

“The bank wants to give loans to most of the SMEs not just to selected enterprises for a period of three years. But now, the bank can only give loans after it receives special funding from the government,” U San Thein, senior advisor at SMIDB told Myanmar Business Today.

He said collaboration between international donor organisations and the government is still weak, rendering the bank unable to lend enough to SMEs. However, in 2014-15, SMIDB will double the loan amount to K20 billion, bank officials said earlier.

“If other organisations such as JICA (Japan International Cooperation Agency) gives financial assistance to the bank the situation will be better,” U San Thein said.

He said there have already been discussions with JICA for Official Development Assistance (ODA) loans but “it is still not sure.”

U Myat Thin Aung, an entrepreneur and vice chairman at Yoma Bank Ltd, told Myanmar Business Today: “The more loan the bank will give, the better it will be for the SMEs. Most of the SMEs do not own buildings or any other forms of collateral. So, the government also needs to assume risks in giving loans to SMEs. It [the government] also needs to revise the loan procedure.”

U San Thein said SMIDB is facing difficulties in carrying out financial assessments of SMEs to determine loan viability as the local SMEs have weak financial management and inadequate data and record keeping system.

Also, as there is no legislation for the SMEs at present – the banks provide loans to SMEs after getting approval from the SME Centre, a department under the Ministry of Industry which keeps registration records of SMEs. Although, a draft SME Law has been submitted to the parliament and will be discussed in the Hluttaw’s upcoming session in late May.

Foreign experts from the German Society for International Cooperation (GIZ) are expected to give training to banks including SMIDB, KBZ and Yoma Bank on monitoring and loan procedure this year.

U San Thein also urged the government to improve industrial and service sectors of the country for the development of SMEs.

“Current GDP’s 40 percent is coming from agriculture and 20 percent from industrial sector. The GDP will only increase with the development of the SMEs,” he said.

U San Thein also pointed out that Myanmar’s number of export items is still lower than other neighbouring and regional countries, and the government should reform the economic infrastructure to increase the number.

The Myanmar government is now desperately trying to strengthen its estimated 120,000 SMEs ahead of the ASEAN Economic Community (AEC) in 2015. The free flow of goods and labour within the AEC is expected to pose stiff challenges before the ill-funded Myanmar SMEs who will be competing against their superior rivals in the region.