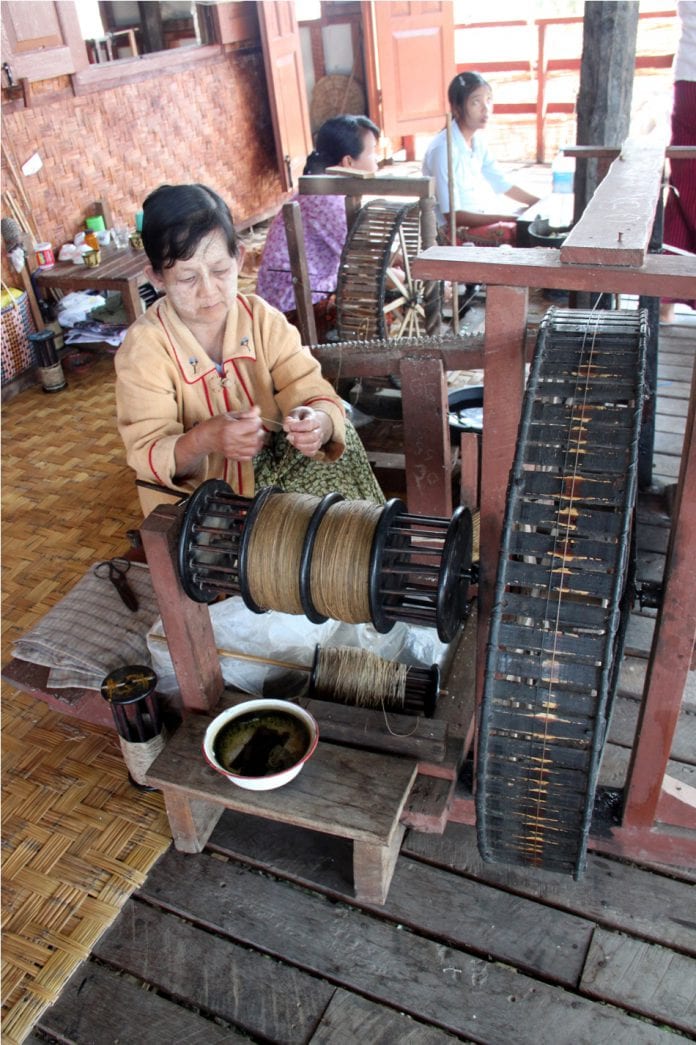 The small and medium enterprises (SMEs) of Myanmar are still too weak to lock horns with their ASEAN counterparts and might find themselves out of depth when the ASEAN Economic Community (AEC) comes into force in 2015, businesspeople and industry insiders say.

The AEC envisions free movement of goods, services, investment, skilled labour and capital across Southeast Asia. As the regional bloc gets closer to implementing AEC, SMEs from especially Thailand and Malaysia are eyeing Myanmar as a lucrative venue for cheap labour and low production cost.

However, SMEs in Myanmar are still struggling with the lack of skilled labour, dearth of funds and technical constraints, entrepreneurs say.

“It is not easy for local SMEs to compete once the AEC comes into effect. With the government’s assistance being so little, survival would be impossible,” U Khaing Myint, general secretary of Myanmar Rubber Plantation and Producers Association, told Myanmar Business Today.

As there are only seven months left to prepare for the AEC, local SMEs are trying hard to operate and develop themselves on their own, but reeling from inadequate financing, crumbling infrastructure and an underdeveloped market, he said.

“Myanmar doesn’t even have any laws that could protect our SMEs when our neighbouring countries enter [here],” said U Aye Lwin, joint secretary of Union of Myanmar Federation of Chambers of Commerce and Industry (UMFCCI).

“After the ASEAN leaders agreed to establish AEC-2015 in 2007, local entrepreneurs and government officials attended numerous economic seminars, meetings and forums including the ASEAN Economic Forums. But the local SMEs still lack adequate knowledge, and insufficient funds from the government is aggravating the situation,” U Aye Lwin added.

Entrepreneurs blamed government’s incapability to give proper assistance to SMEs as the main challenge for them and said the current state-run SME Centre is not effective for the local SMEs.

There are still many obstacles while taking loans from the state-run Small & Medium Industrial Development Bank (SMIDB), they said, where SMEs need to go through numerous complex stages to get loans. Moreover, SMIDB also receives limited amount of funding from the government, making it difficult for the SMEs to survive.

The Director-General of Thailand’s Office of Small and Medium Enterprises Promotion Patima Jeerapaet said in Thai government website that there are currently 2.74 million SMEs, accounting for 98.5 percent of all enterprises in Thailand. They generate employment for 11.78 million people, representing 80.4 percent of the country’s total employment.

The Thailand SME Development Bank (SMEDB), which binds 23 alliances for helping Thai SMEs, distributed THB6,778 million ($211 million) in loans in the first quarter of 2013. On the other hand, SMIDB disbursed only K10 billion ($10.4 million) in loans in 2013-14 fiscal. There are over 64,000 registered SMEs in Myanmar, while the number of unregistered SMEs is estimated at 62,000.