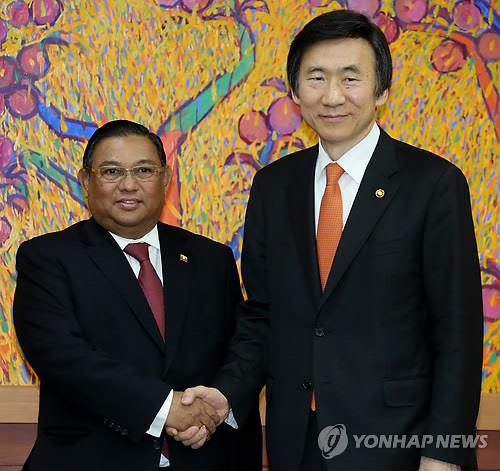 During Yun’s visit in Myanmar, President U Thein Sein and Speaker of the Parliament and the Lower House U Shwe Mann also met the S Korean foreign minister separately.

They discussed about promotion of relations between the two countries, trade and investment and technical and monetary assistance for the development of Myanmar including agricultural and rural development sectors, according to official media.

Bilateral trade between Myanmar and South Korea reached $1.76 billion in 2013, of which Myanmar’s export to South Korea accounted for $554.59 million while its import from the East Asian country stood at $1.21 billion.