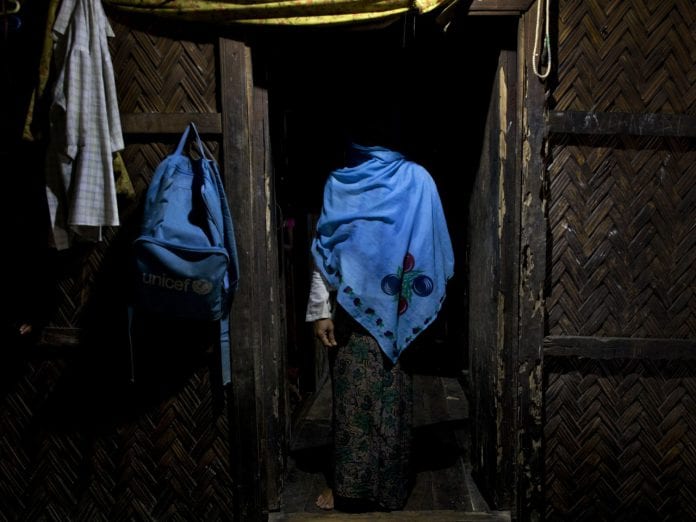 A women’s group says that Myanmar’s military is still using rape as a weapon of war, with more than 100 women and girls raped by the army since a 2010 election brought about a nominally civilian government that has pursued rapprochement with the West.

The Thailand-based Women’s League of Burma said in a report made available to Reuters that 47 of the cases documented were gang rapes and 28 of the women were either killed or had died of their injuries. It said several victims were as young as eight. The report was dated January.

The group said the issue showed the need for legal reform in Myanmar, also known as Burma, and for changes to a 2008 constitution to ensure that the military is placed under civilian control.

Myanmar’s government denied rape was used as a means of war.

“It’s not the policy of our Tatmadaw (military) to use rapes as weapons,” presidential spokesman Ye Htut told Reuters.

The report from the women’s group comes less than a month after a bipartisan group of prominent US senators, Bob Menendez, Marco Rubio, Ben Cardin and Bob Corker, introduced a bill that said the Myanmar government should not receive any funds made available to the Pentagon in 2014 until there is reform and rights abuses are addressed.

The bill, which makes an exception for human rights and disaster response training for the military, also calls on the Pentagon and the US State Department to present a report on US strategy for military-to-military ties with Myanmar, including an assessment of the Myanmar military’s rights record and the link between a deepening of such ties and reform.

The US State Department said it was aware of the report and urged the Myanmar government to investigate all the allegations.

“These violations highlight the need for professionalization of the Burmese military, especially to promote understanding of and respect for human rights.”

The women’s group said most of the rape cases it and its member organizations had documented were linked to offensives by the Myanmar military in the northeast of the country against ethnic minority Kachin and Shan insurgents.

It said that in the past three years, the Kachin Women’s Association Thailand had documented 59 cases of sexual violence by Myanmar government soldiers. The Shan Women’s Action Network had reported another 30 cases involving 35 women and girls.

The women’s league said the attacks were more than random isolated acts by rogue soldiers.

“Their widespread and systematic nature indicates a structural pattern: rape is still used as an instrument of war and oppression.”

The league said more than 38 different army battalions were implicated in the cases it had documented. It said the incidents took place in at least 35 different townships and that it believed the reported cases were only the “tip of the iceberg” as many cases went unreported.

“The use of sexual violence in conflict is a strategy and an act of warfare that has political and economic dimensions that go beyond individual cases,” the report said.

“Sexual violence is used as a tool by the Burmese military to demoralize and destroy ethnic communities.”

The group said the abuses were potential war crimes and crimes against humanity and called for a thorough independent investigation.

The report highlighted one case in which an 8-year-old girl living with her grandparents was raped by a soldier in Hsipaw Township in northern Shan State, on April 14, 2013.

In another case, soldiers raped three women and a 12-year- old girl in Shan State’s Ke See township on July 5, 2011. It said the girl was raped in front of her mother and one of the women was nine-months pregnant.

The 2012 State Department human rights report on Myanmar referred to rapes by both government forces and ethnic minority insurgent groups in Shan and Kachin states. It said that when government soldiers committed rape in ethnic minority areas, the army rarely took action to punish those responsible. The January 2013 Human Rights Watch report on Myanmar said sexual violence by the military remained a serious problem.