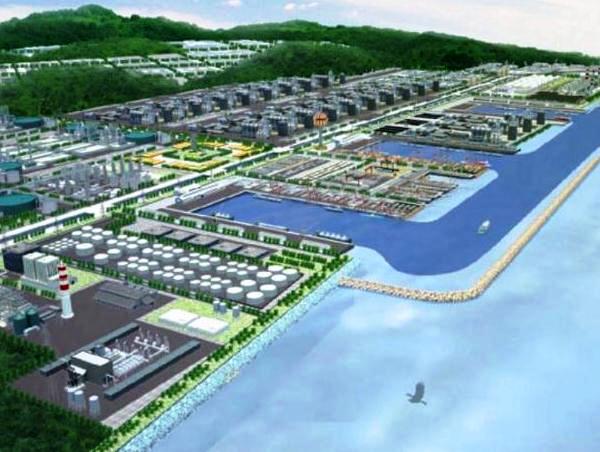 Authorities from Myanmar and Thailand continue  to court Japanese companies in the hope that they will invest in the Dawei deep seaport and Special Economic Zone (SEZ) project.
A meeting was held between representatives from the three countries last month to discuss Japanese involvement in the project, which is seen as crucial to opening up the Southeast Asia region to increased trade.
“We will discuss again in November whether Japan is involved in this project or not,” said U Han Sein, deputy minister for Transport. “Myanmar and Thailand authorities invited Japan to participate in the Dawei SEZ and Japan attended the event only as a neutral party to negotiate the shareholding aspects of the project.
Last week, Masaki Takahara, managing director of the Japan External Trade Organisation (JETRO), told Thai media that while Japan recognised the importance of the Dawei project, for now the country was very much focused on the Thilawa Special Economic Zone – a rival project located closer to Yangon.
“Right now, the Japanese government and Japanese consortiums are engaged in the development of Thilawa,” he said, according to a report in The Nation. “I think when the Japanese government finishes a certain task on the Thilawa project, they can leave the project to the private sector. After that, I think that Japan will shift its focus to the Dawei project,” he said.
The Dawei SEZ was set up as an agreement between Myanmar and Thailand in 2008 and the contract for the site was awarded to Thai company Ital-Thai Development, but the project has been beset by huge problems mostly due to high costs.
The Dawei project includes the construction of a deep sea port, power plant and an industrial plant as well as other infrastructure. Initial costs for the development were set at $8.6 billion.