Myanmar to be Awarded World’s Best Tourist Destination for 2014 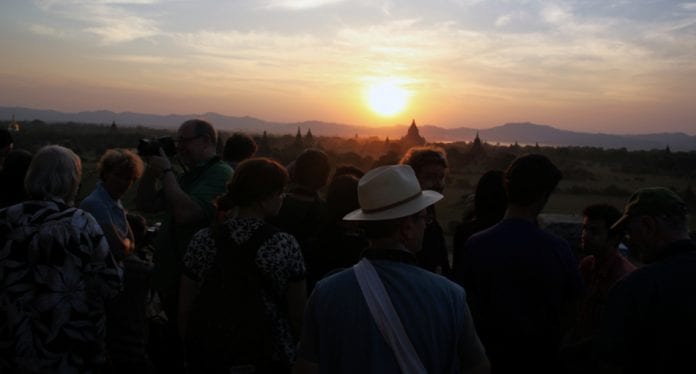 Myanmar will be presented the award of World's Best Tourist Destination for 2014 by the European Union Council on Tourism and Trade (ECTT) soon, state-run media reported.

The award is aimed at boosting Myanmar’s tourism industry and promoting tourist attractions in the country, according to the report.

The award is presented based on ethics for tourism industry, safety of tourists and preservation of cultural heritages designated by the United Nations Tourism Division, United Nations Educational, Scientific and Cultural Organization (UNESCO) and European Union Council on Tourism and Trade, according to ECTT website.

The World’s Best Tourist Destination Award, introduced in 2007, is one of the highest accolades in the travel and tourism industry in the world, ECTT claims.

In 2006 a collective of international specialists in tourism, tourist education, tourism regulation experts and academics from European Union member countries decided introduce the prize to influence and support development of tourism in non European Union countries.

ECTT board states: “This award must be offered to the countries that are embracing tourism as a resource for cultural and social development, who respect ethics of human relations and preserve cultural and natural heritage and … must prove their commitment towards sustainable development, fair tourism and historical preservation.”

“The title should act as a booster for tourism in that place but in according with international tourism accepted laws and regulation as decided by ECTT,” the body said.

In the wake of dramatic increase in tourist arrivals, Myanmar has planned to introduce travel insurance services. However, the number of applicants is still low.

To enhance development of its tourism industry, Myanmar opened four entry and exit gates on the Myanmar-Thai border in August last year. Meanwhile, visa-on-arrival for visitors from 48 countries and regions has also been offered to facilitate their travel to the country.

In 2013, Myanmar attracted over 2 million tourists, of whom 1.14 million entered through border gates and 885,476 through airports. Myanmar targets 3 million tourist arrivals in 2014.