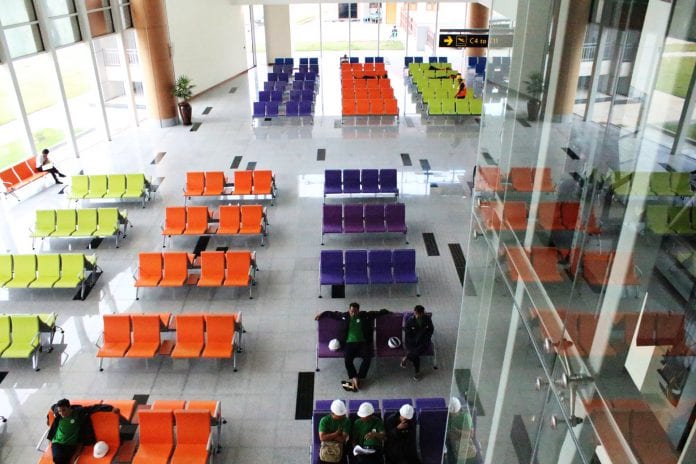 Plans have been laid to allow e-visas to be accepted at four overland crossings at the Thai-Myanmar border, as well as airports in Nay Pyi Taw and Mandalay, according to the Ministry of Immigration and Population.

Currently, the only point of entry for e-Visa holders for Myanmar is Yangon International Airport.

The addition of the two international airports at Mandalay and Nay Pyi Taw, and four overland crossings along the Thai-Myanmar border – Myawaddy, Tachilek, Kawthaung and Htee Khee – will allow easier entry for tourists traveling to Myanmar from Thailand.

The ministry said the entry points would be opened soon once trials have been completed.

The ministry will set up machines and conduct trials at Mandalay and Nay Pyi Taw first, and once successful the scheme will be expanded to border entry points, an official was quoted as saying in local media.

The e-Visa system was introduced on September 1 by the authorities to boost tourism ahead of the “Visit Myanmar Year” in 2016. It is also a part of the half-billion dollar Myanmar Tourism Master Plan that was introduced at the World Economic Forum in June last year in Nay Pyi Taw.

A total of 1,500 tourists used the scheme to enter Myanmar in the first month, according to airport officials. In the initial phase, 41 countries were eligible for e-Visas, and the number has recently been increased to 67. Tourists from the US, the UK and Australia are the top users, officials said.

To sustain the growth of its burgeoning tourist industry, Myanmar needs to attract tourists visiting Thailand. While a total of 3 million tourists are expected to enter Myanmar this year, Thailand attracts around 25 million per year.

After lodging an application online and processing payment of $50, an approval letter is sent by email within five days to the applicant and this can be used to get a stamp on arrival at Yangon airport.

The visas are valid for 90 days from the date of issue. However, it only allows a tourist to stay in Myanmar for 28 days.