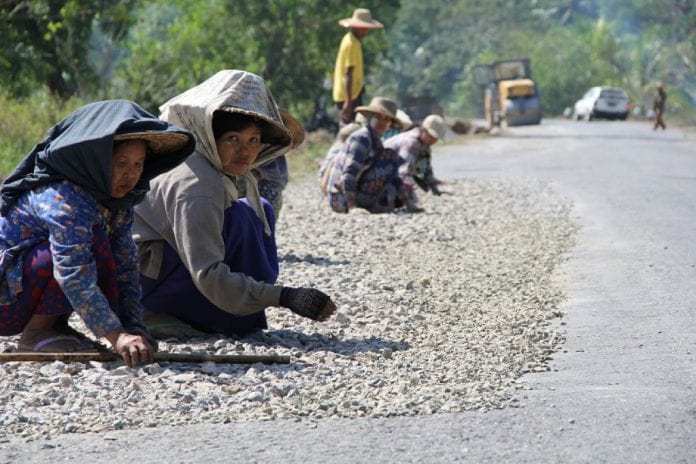 ADB said inflation will likely accelerate to 8.4 percent in FY2015, propelled by higher fiscal spending and expected higher wages, which will increase domestic demand. Consumer price pressures should then ease slightly in FY2016 to 6 percent, it added.

According to the report, risks to Myanmar’s economic outlook come from thin external and fiscal buffers, ethnic and sectarian tensions, extreme weather events, and a possible slowing of reform momentum ahead of elections.

The report noted the country made positive steps forward in 2014 in improving its economic data collection, which is badly needed to support policy formulation and planning.

The report highlights the low levels of education and hard and soft skills of many young people entering Myanmar’s workforce, leading employers to cite inadequate human resources as a serious barrier to doing business.

“One of the most critical challenges is to develop the country’s youth, better equipping them for roles in a modern economy and society,” said Chris Spohr, ADB Principal Social Sector Specialist in Myanmar.