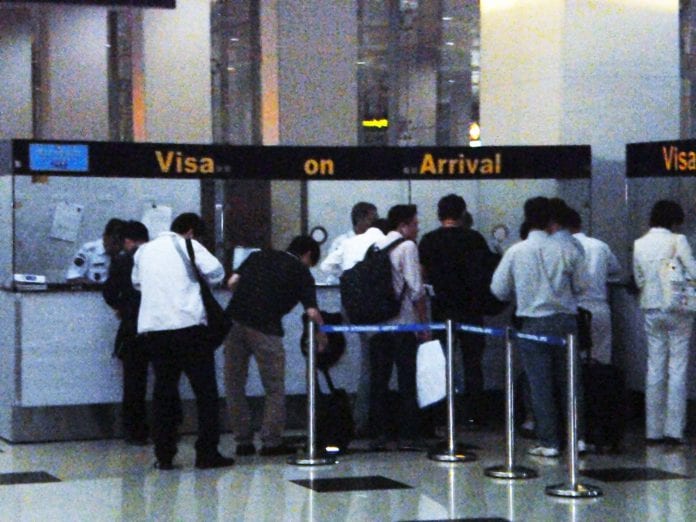 Khin Yi made the disclosure at the ongoing parliament session in Nay Pyi Taw when making discussions on the tasks to be carried out in the fiscal year 2014-15.

Since Myanmar introduced visa-on-arrival system on June 2012, travellers from 51 countries have benefited from the system.

Signing of memoranda of understanding is being planned for granting visa exemption to visitors from 16 countries including 10 ASEAN member nations in 2014-15, he further revealed.

The 9th regular sessions of the two Houses of Myanmar’s parliament – House of Representatives (Lower) and House of Nationalities (Upper), began in Nay Pyi Taw Monday last week with the Lower House discussing state budget bill for the 2014-15 fiscal year and other important laws.

Presentations are also being made on national planning bill (2014-15), a number of taxation bills, media law in dispute and special economic zone bill to the union parliament comprising both Houses.