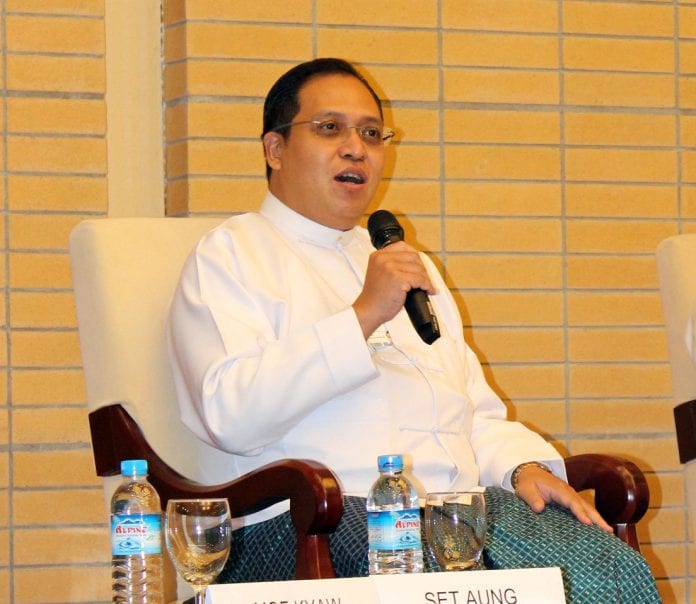 Myanmar will announce an offer by the end this month for between five and 10 foreign banks to open branches in its rapidly expanding economy, the deputy central bank governor told Reuters on Wednesday.

U Set Aung, speaking on the sidelines of the Myanmar Investment Outreach conference in New York, said there had been confusion over the timing of the announcement.

The conference, attended by three top ministers, the director of the country’s investment administration and Set Aung, attracted over 300 bankers, investors and diplomats eager for the nation to accelerate its economic development.

“This is the very first time we are going to allow the foreign banks to open 100 percent-owned branches inside the country to engage in corporate banking business,” Aung said.

However, no US banks will be included on the list as none have representative offices in the country, which opened to the world through landmark reforms in late 2011 and 2012.

Next year parliamentary elections will occur for the first time since President Thein Sein embarked on reforms that dismantled control by the military, which ruled the Southeast Asian nation since seizing power in a 1962 coup.

While the United States has suspended economic sanctions on Myanmar, they have not been completely lifted and large swaths of the economy remain off-limits because of rules governed by the US Treasury’s Office of Foreign Assets Control.

OFAC maintains the Specially Designated Nationals List, a so-called black list. This forbids US nationals or companies from doing business with persons or entities listed.

Given Myanmar’s history of being under military control and it’s still wide influence over the economy, plus its legacy of drug trafficking, a significant number of Myanmar nationals and companies are on the SDN list.

“For an American company, the banks don’t want to deal with Myanmar… banks are not willing to engage in any transaction, including transferring money in and out with Myanmar or any Myanmar entity, including a subsidiary of a law firm,” said Eric Rose, a lawyer whose New York-based firm does business in Myanmar.

There are 43 banks that have representative offices in Myanmar, of which 29 made proposals for their licences, Aung said.

Separately, Aung said the central bank, which operates as an agent for the Ministry of Finance, expects to hold its first Treasury bill auction in January to kick-start a secondary market for sovereign debt. Reuters