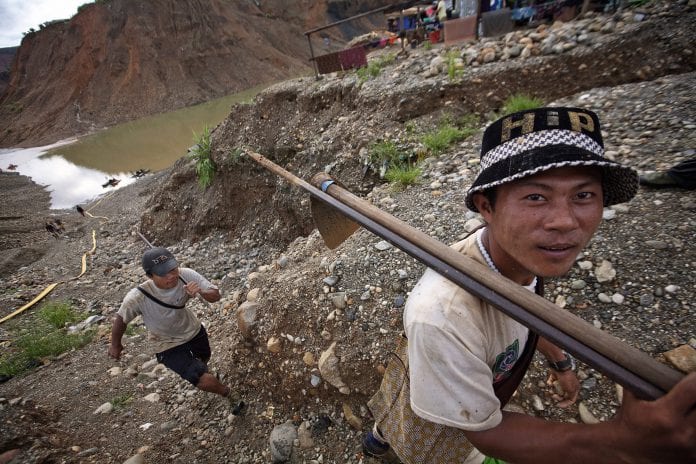 The Jade Supervisory Work Committee has confirmed Myanmar will resume the country’s suspended mining operations in its troubled Kachin State.

Starting September 1, the government plans to lift its two-year mining suspension on the area.

The government sanctions were introduced to help resolve ongoing conflicts in the area after a ceasefire between the army and ethnic rebels broke down in 2011.

U Tin Shwe, a jade trader from Sagaing, said removing the sanctions should increase jade sales in the country’s local industry.

“We will be more competitive in the official market but officials need to strictly supervise the risks associated with unsustainable resource extraction,” U Tin Shwe said.

Myanmar is the world’s largest exporter of high-quality jade. The country relies mostly on demand from Chinese markets to export these products.

Mining operations in Lonekhin, Hpakhant, Mawlu, Mawhan and Khandi townships were the country’s largest jade production areas before being suspended in May 2012.

Myanmar gained more than $65 million from mining extracts exports since the start of the fiscal year on April 1.

Raw jade value from illegal trade routes has reached $3.9 million (K3.92 billion) over the past four years, according to Myanmar Gems Association estimates.

Myanmar’s 51st Jade and Gems Emporium, held from June 26 to July 6 in Nay Pyi Taw, brought in a record $3.5 billion to the country this year. Last year’s emporium brought in up to $2.6 billion worth of jade sales.