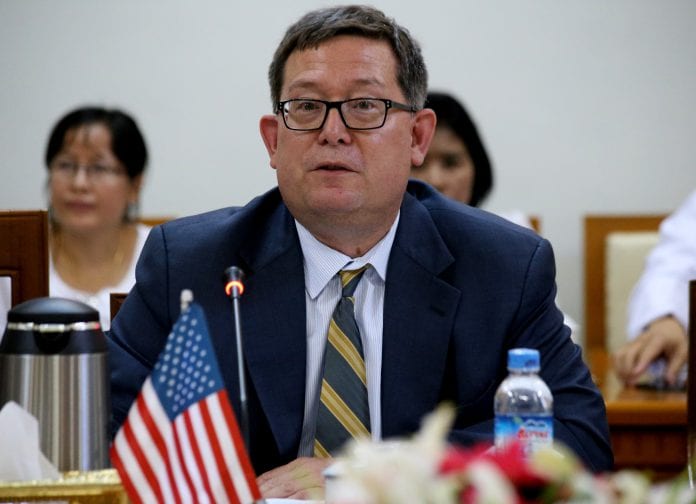 The opening of the dialogue was respectively addressed by Myanmar Deputy Minister of National Planning and Economic Development Daw Lei Lei Thein and  US Deputy Assistant of US Trade Representative for Southeast Asia and the Pacific Karl Ehlers.

Under the agreement, a Trade and Investment Council was established to monitor trade and investment relations between the two countries, identify opportunities for expanding trade and investment and identifying issues such as strengthening of rule of law and promoting transparent and corruption-free public institutions and the protection of intellectual property rights, workers’ right and the environment.

Following the easing of sanctions in 2012, the United States claimed that Myanmar-US bilateral trade has been increasing but still remains small.

According to Myanmar official statistics, Myanmar-US bilateral trade reached $104.44 million in the fiscal year 2013-14 which ended in March, of which Myanmar’s export to the United States stood at $24.78 million.

US Department of Commerce has also disclosed that as of the end of April, US companies had invested $243.6 million in Myanmar and US exports have increased from $9.8 million in 2010 to $145.7 million in 2013.

Facebook
Twitter
Pinterest
WhatsApp
Previous articleGov’t to Offer Up to $5k to Fish Breeders; Eyes the Elusive $700m from Exports
Next articleMyanmar Airlines Resort to Overseas Fuel Due to Price Disparity