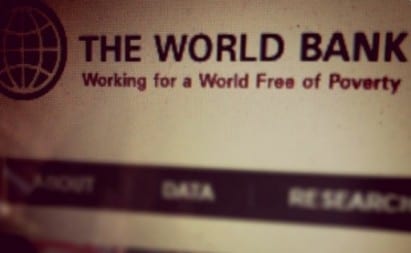 Membership in MIGA means that foreign direct investment into Myanmar will be eligible for the agency’s political risk insurance.

This insurance protects investments against the risks of transfer restriction, expropriation, breach of contract, war and civil disturbance, and non-honouring of financial obligations.

Investors from Myanmar going into other developing countries may also receive coverage for their investments from MIGA.

“We welcome this significant step and look forward to having Myanmar as a MIGA member,” said MIGA executive vice president Keiko Honda.

“Our focus is on markets where we can make the greatest difference to improve people’s lives. As Myanmar continues down its historic path of openness, we are committed to helping the country achieve its development objectives – through leveraging private investments, especially in energy, telecoms and agriculture.”

Full membership in MIGA will be granted once Myanmar makes its required capital contribution to the agency, the World Bank Group (WBG) said in a statement.

“We are very pleased to be joining MIGA as this will enhance opportunities for investors to share in the country’s strong growth and create jobs for the people of Myanmar,” Myanmar’s finance minister U Win Shein said after signing the convention in Washington DC.

Established in 1988, MIGA is a member of the WBG and headquartered in Washington DC. MIGA’s total investments amounted to $1.1 billion in 2011. It issued $2.1 billion worth of new investment guarantees in 2011 and held $1.5 billion in total assets.

The WBG on September 24 approved the grant, which aims at giving a boost to the economic development and growing international economic engagement of the Southeast Asian country, the Washington-based lender said in a statement.

This investment is part of Myanmar’s power expansion plan and the cornerstone of the WBG’s support for Myanmar’s energy sector. The project, replacing aging gas turbines with new units, and producing 250 percent more electricity with the same amount of gas, is the first step to bringing more and cleaner electricity to the people of Myanmar, the group said.

“Access to a reliable supply of electricity can transform people’s lives. It can empower them to expand businesses and create jobs, enable children to study at night, and clinics to refrigerate medicine,” WBG president Jim Yong Kim said.

“The entire global community has been impressed by the commitment of the Myanmar government to democracy and delivering services to your people. We will work with you to ensure that there is a democracy dividend.”

U Win Shein said: “The government has identified electricity as a top priority for our country’s development and this project is an important part of our effort to build a better future for our people.”

More than a quarter of Myanmar’s people live below the poverty line, and the electrification rate is among the lowest in Southeast Asia.

World Bank’s support for the electric power project and Myanmar’s accession to MIGA follow an $80 million grant for a national community driven development project, to help 3.5 million people in rural communities with improvements in infrastructure.