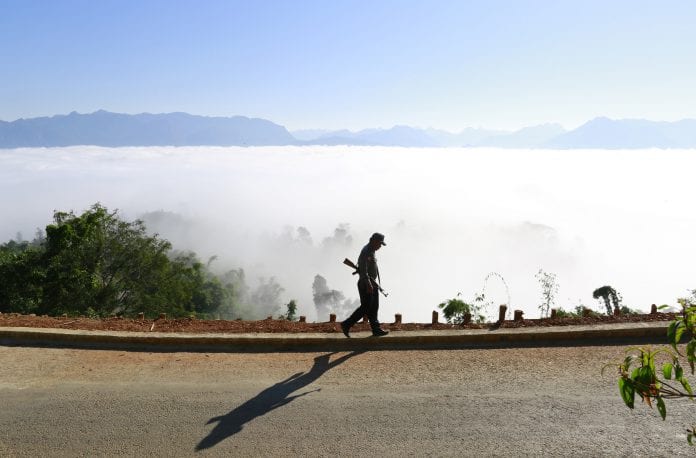 From the announcement of winners of the inaugural international telecoms tender to the awarding of lucrative oil blocks, as well as the ongoing challenge for peace in the Kachin and Rakhine states, 2013 was not short of headlines for this once-isolated nation.

A year after the passing of the Foreign Investment Law, the role of Chinese investors has diminished while the flow of funds from the West and other ASEAN members has increased.

Throughout 2013, the US government eased sanctions, which has increased interest from US firms looking to tap into the frontier market. South Korea and Japan further extended their reach to the country and will play a vital role in the evolution of the economy, with investment commitments across infrastructure, the development of special economic zones and the announcement, in June, by Japanese Prime Minister Shinzo Abe to cancel debt amounting to $1.74 billion.

Liberalisation of the financial sector could hasten development and further boost foreign investment. The Central Bank of Myanmar (CBM) gained independence this year, while steps have been taken to adopt new exchange rate mechanisms, liberalise the insurance market and set up ATMs nationwide.

Another key development is the government’s commitment to establish the Yangon Stock Exchange (YSE). The exchange is being set up with the oversight of Daiwa Securities Group, the Japanese government and Myanmar Economic Bank, and is expected to open in 2015 in line with the commencement of the ASEAN Economic Community. Although the finance sector is maturing at a rapid rate, considering that the majority of transactions were previously handled in cash, many experts believe it will be a challenge to launch the YSE by 2015.

In June, U Htay Aung, the minister of hotels and tourism, unveiled the Tourism Master Plan (TMP), which set out a goal of boosting annual tourism receipts from $534 million in 2012 to $10.8 billion by 2020. In a year that saw property and hotel rates skyrocket, with average expenditure on accommodation at $200-299 per night in Yangon, onlookers will be keen to see the effect the proposed plan will have on room rates and availability.

As part of the TMP, the tender for Hanthawaddy International Airport was awarded to a South Korean consortium in August, valued at $1.1 billion. Viewed as a critical step to boost tourism and trade – with the Asian Development Bank (ADB) estimating arrivals to reach 5 million by 2020 – the airport will be situated 80 kilometres (km) north of Yangon and have the capacity to host 12 million arrivals annually, with room to eventually expand to 30 million.

Increased natural gas exports from Shwe and Zawtika gas fields, the opening of the 2,000km Myanmar-China gas pipeline in October and the announcement that 30 offshore blocks will come on-line in early 2014, means that the energy sector will continue to play a key role in driving projected GDP growth for the 2013/14 fiscal year, which the ADB has forecast at 6.8 percent.

While the retail and construction sectors expanded with hotels, shopping malls and apartment buildings being erected throughout Yangon, Mandalay and Nay Pyi Taw, more can be expected from agriculture, telecoms, mining and manufacturing in 2014.

Prospects for economic growth are improving as modernisation, microfinance and new laws take shape. FDI in the mining sector has lagged due to red tape and transparency issues. However, government plans to implement the Extractive Industries Transparency Initiative (EITI), as well as a new mining law due to be passed in March 2014, which means that foreign participation is set to rise steadily.

Access to quality health and education remains a major challenge. Notwithstanding, investment has risen significantly in these sectors since the appointment of President U Thein Sein, though the majority of aid to the population – 70 percent of whom live in rural areas – is still provided by non-governmental organisations. Another issue is the recent jump in inflation, which reached 7.33 percent in August due to high prices for food, gas and electricity, according to the Central Statistical Organisation for Myanmar.

Although the government has received international recognition for taking measures to enhance transparency, the country still has a long road ahead in rooting out corruption. Ranking 157 out of 177 countries in the Transparency International’s “Corruption Perceptions Index 2013” – an improvement on its 2012 position of 172 – investor confidence will improve further with more commitment by the authorities in this area.

Looking ahead, the government and the CBM will need to keep a watchful eye on various indicators, and with upcoming state elections nearing, 2014 promises to be a key year.