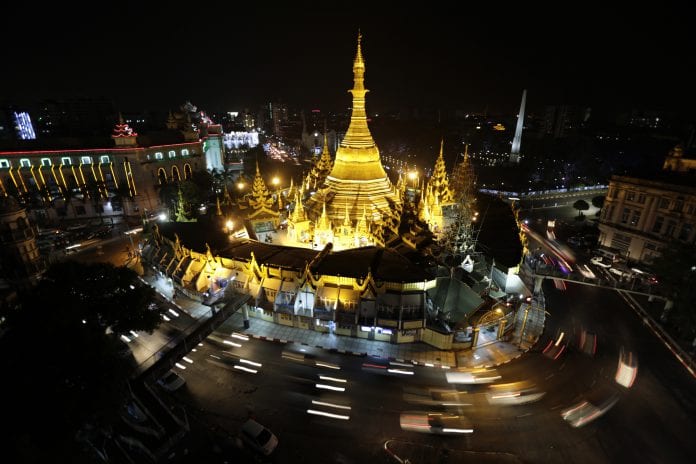 A surge in foreign investment, together with solid domestic demand, helped Myanmar achieve a strong growth in 2014. However, the year also brought challenges, which contributed to a widening in the trade deficit as the country relies heavily on imports to support skyrocketing domestic demand.

Official growth forecasts for the 2014-15 fiscal year stand at 9.1 percent, slightly higher than the IMF and the World Bank estimates of 8.5 percent, with FDI for the same period on course to rise 70 percent year-on-year.

Data issued in mid-December by the Directorate of Investment and Companies Administration shows that foreign investment increased substantially in 2014. About $3.8 billion entered the economy during the first eight months of the 2014-15 fiscal year –beginning in April – almost matching the total secured for the previous financial year of $4.1 billion, according to Reuters. The industrial sector took the lion’s share of investment, with $1.1 billion, and hydrocarbons were second in line, attracting around $800 million.

The rise in FDI was supported by Myanmar’s growing appeal as a new tourist destination in Southeast Asia. Overseas firms invested $354 million in hotel development during the April-to-November period, while visitor numbers and revenue from tourism rose sharply last year. Arrivals totalled 3.5 million in 2014, up from 2 million in 2013, with earnings breaking through the $1 billion barrier to reach $1.14 billion, a rise of more than 20 percent on the previous year, according to the latest data from the Ministry of Hotels and Tourism. Myanmar expects to receive 5 million tourists in 2015.

However, the increasing tide of capital could come at a cost. A report issued in mid-December by Deutsche Bank acknowledged Myanmar’s growing attraction as an investment destination, but also sounded a note of caution. The report said that while capital inflows were supporting development, especially in infrastructure, the capacity to manage and regulate those flows required improvement. The bank’s cautionary note echoed an IMF warning earlier in the year that demand-side pressures on inflation and large capital inflows risked straining Myanmar’s still-infant macroeconomic management tools.

Reforms announced in 2014 will bring major changes to Myanmar’s financial sector, led by the opening up of the banking segment to foreign lenders.

In October, the government granted licences to nine overseas banks, in a bid to facilitate FDI inflow and improve banking services. The banks, all from the Asia-Pacific region, are expected to commence services by the beginning of the fourth quarter this year.

However, their operations will be limited and subject to several constraints. While the new players will be able to accept deposits and make loans in US dollars and the euro to foreign businesses, engaging in routine retail banking remains off limits. This, and other restrictions, such as being able to make local currency loans to domestic businesses only through a registered Myanmar bank at fixed rates, is seen as limiting to any impact that newcomers may have on monetary movements, thereby minimising their effect on the banking industry.

The planned opening of the Yangon Stock Exchange should signal a further broadening of Myanmar’s financial sector in 2015. Trading is scheduled to begin late in the year, although regulations governing the market’s operations still need to be finalised and a number of obstacles need to be overcome such as a limited number of companies being able to meet the listing requirements at this stage.

Heightened activity was also evident in Myanmar’s telecoms sector, with the launch of two newly-licensed operators. Ooredoo of Qatar and Norwegian service provider Telenor both began operating in September, after being granted licences early in 2014.

The year ahead will herald in further developments with a general election scheduled to be held at the end of October or the start of November, according to press reports in early January.

However several risk factors are weighing on Myanmar’s economic development. Rising domestic demand and a fall in the kyat – which dipped by more than 20 percent after it was floated in April – led to the trade deficit widening in 2014 to more than $3 billion. Inflation also rose, with some estimates putting it above 7 percent.

Concern is now growing that falling international energy prices could reduce interest in new oil and gas projects as the government looks to offer several new blocks for exploration this year.  However, while the immediate outlook may be uncertain, domestic demand for energy should help keep investors focused on Myanmar’s natural resources in the long term.