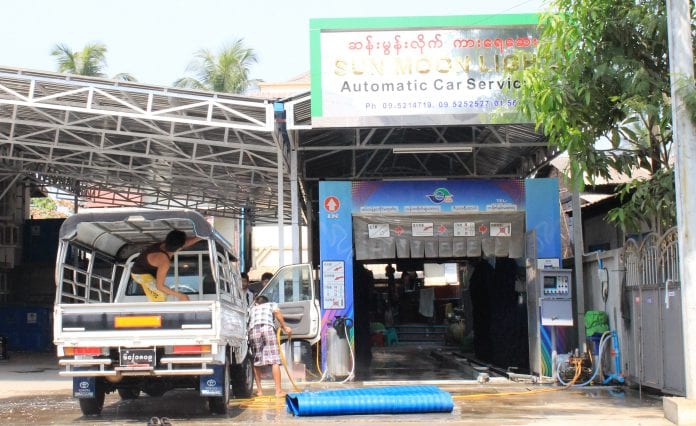 Myanmar's automotive aftermarket is undergoing an impressive growth phase following the ease of car import regulations after decades of restrictions. Demands for spare parts and after sales services are on the rise as the car circulation is dominated by second-hand units, with more than 20 Asian brands ruling the automotive aftermarket.

In 2012, all Myanmar citizens were allowed to import cars, which led to rapid increase in car numbers over the recent years. As of May 2014, there were 4,407,741 registered vehicles in the country.

However, Myanmar still relies mainly on motorcycles (accounting for 85 percent of total vehicles) for transportation, while cars remain out of reach for majority of the population due to high cost and import tax. Even the Burmese who can afford a car, often choose imported and second-hand vehicles due to lower cost, good quality, and spare parts availability. 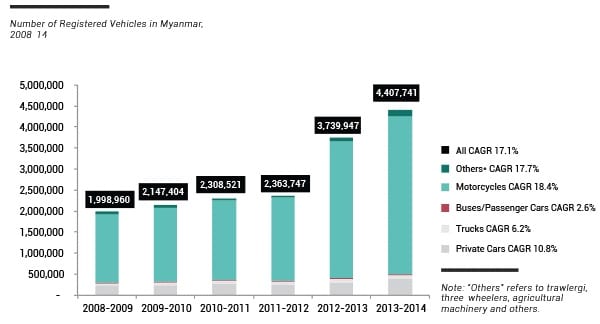 The growth of the automotive sector is not the only factor generating the expanding opportunities in the aftermarket. According to a white paper released by Solidiance, an Asia-centric corporate consultancy firm, the dominance of second-hand vehicles leads to greater demand for spare parts and services. Moreover, the extreme climate and poor road conditions wear out automotive parts faster, accelerating vehicle spare parts replacement rates in the country. Today, the majority (79 percent) of Myanmar roads remain unpaved, despite ambitious government plans to upgrade the country’s infrastructure.

Auto aftermarket on the rise, Asian brands driving the wheel 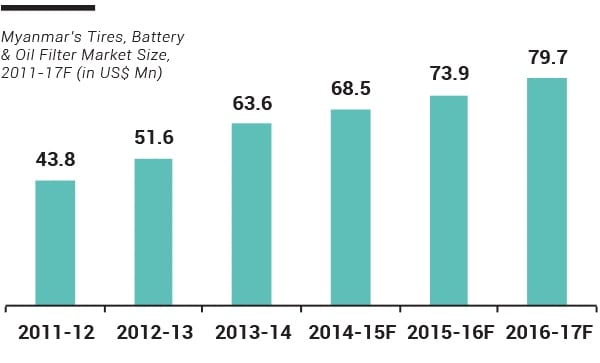 Among automotive spare parts, battery and oil filter register the strongest growth rate in the market, followed by tyres. Leveraging a reputation for quality, Japanese tyres make up 27 percent of the passenger and commercial vehicle market, with Yokohama and Bridgestone as the leading tyre brands. Japanese brands also hold nearly half of Myanmar’s battery market. In comparison, the oil filter market is led by Indonesian, Thai and Chinese brands. Since oil filters are changed more frequently, around 3-4 times a year, car owners tend to opt for the cheaper products.

Japanese brands rule the market due to their “quality at affordable price” perception. However, recently Chinese and Korean brands have started to gain popularity because they offer new vehicles for half the price of new imported Japanese cars. Toyota remains the most popular brand in Myanmar due to its durability, a key customer preference since the country’s infrastructure is still underdeveloped outside major urban areas.

According to Mickael Feige, Partner at Solidiance Thailand, “US and European brands hold a small percentage of the market. Despite their reputation for high quality, Western spare parts remain expensive for the average Burmese consumer.”

Myanmar remains a price-sensitive market where price remains the first consideration, followed by product quality. Majority of end-users are not knowledgeable about brands and products. Often, they request a product by asking for the price instead of the brand, and they expend extra time and effort to lock in the best deal.

A car service centre manager in Yangon has witnessed this numerous times: “If there is a price difference between tyre and repair in one workshop versus another, end users will often buy the tire from the cheaper workshop and go for repair and maintenance somewhere else despite the inconvenience.”

However, as the economy grows and income levels rise, other factors are coming into play as well. Burmese end-users’ purchasing choices are also driven by the car type they own, the price difference between cheap and branded spare parts, and the period of product usage.

The country’s automotive aftermarket is also set for strong growth, tied to increase in vehicle numbers, income per capita, and credit access. Given the low car penetration rate as well as the country’s accelerating development, the future for automotive spare parts looks bright with a projected market size of $80 million by 2017.

In addition, since Myanmar's vehicle market consists mainly of used cars, the demand for spare parts and quality aftersales service will continue to rise as Burmese incomes rise in the coming years. The General Manager of Western Car Showroom in Yangon reiterated this trend, “Burmese car owners are not used to quality aftersales service. Yet, I see growing demand for it and tremendous opportunity as the country opens up further.”

Other opportunities are also available elsewhere, such as garage chains as currently, there are none of them in Myanmar and no regulation constraining it.

Neli Lazarova is a management consultant based in the Solidiance Myanmar office. Solidiance is a growth strategy and B2B marketing consultancy firm focused on Asia. Views and opinions expressed in the article are the author’s own and don’t reflect Myanmar Business Today’s editorial opinion.