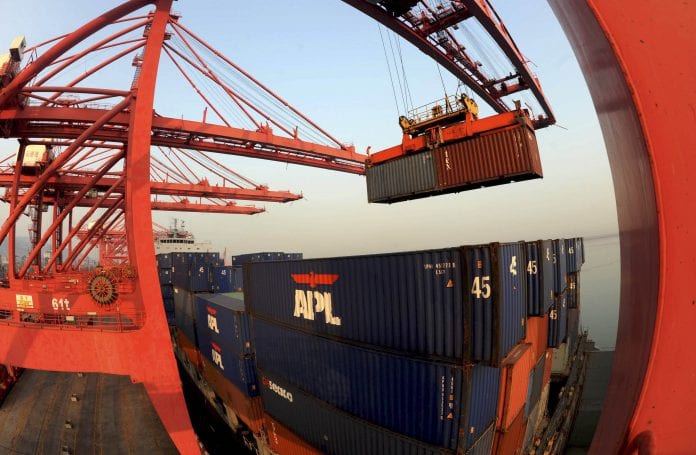 Myanmar earned $10.74 million from exporting 27,692 tonnes of rice in April in 2014-15 fiscal year, up 26 percent compared to the same period a year earlier, Ministry of Commerce data shows.

During the period, 5,070 tonnes of rice were exported through overseas routes, fetching $1.86 million, while overland (border) trade of 22,622 tonnes garnered $8.88 million.

Myanmar’s rice exports mostly take place overland with China and Thailand, however the government has been emphasising on increasing overseas exports, which essentially comprise exporting high-grade and value-added rice.

Muse border trade station with China sees about 45,000 to 50,000 bags traded every day, with local varities like Nwe The Htet and Nga Seing being the most popular, traders say.

Recently, there has been strong demand for rice from China’s Yunan province as exports from Vietnam dwindled, U Chan Thar Oo from Rice Enterpreneurs’ Association of Muse told Myanmar Business Today.

“Rice exports via border trade have always been our strong point. But we have to expand our international market and for that we need to improve the quality of our rice,” a high ranking official from the Ministry of Commerce said.

Currently, Myanmar has only a few rice mills that produce high quality rice. Most rice mills in Myanmar – about 84 percent – produce 25-percent broken rice, which is a lower grade of rice and not favoured for exports in the EU or Japan.