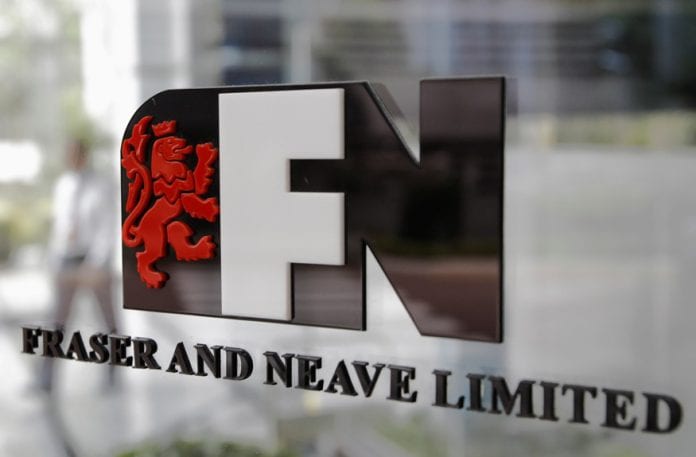 The Union of Myanmar Economic Holdings Ltd (UMEHL), a military-backed conglomerate, said it has initiated arbitration proceedings against Singapore’s property and drinks conglomerate Fraser and Neave (F&N) Ltd over their joint venture brewery.
The scuffle is seen as a trial of the business climate in Myanmar for international companies at a time when rapid reforms have enticed foreign investors and western governments to the former castaway country. Following the post-isolation changes, this dispute has led to a debate in the international media about a lack of legal protection for foreign investments.
In a rare public statement last week, UMEHL said the case is not about investment laws in Myanmar or how foreign investors are treated, describing the concerns and assumption of politicisation as “erroneous”.
“We know it will serve the interest of some parties to politicise the dispute, but doing so does no justice to the case or to anyone interested in investing in Myanmar,” Myint Aung, deputy managing director of the company, said in a statement.
“The fact is that we have a joint venture agreement that protects our rights in the event of a default by F&N. The arbitration speaks for our desire to adhere to proper and due process,” he added.
Myint Aung said: “We believe that allowing parties to exercise their contractual rights, including the right to arbitrate a dispute, will strengthen and not weaken foreign investors’ confidence in Myanmar.”
UMEHL, one of two vast holding companies linked to Myanmar’s military, claimed a right under a joint venture agreement to buy F&N’s 55 percent stake in Myanmar Brewery Ltd after F&N defaulted on a term in the agreement, according to the statement.
UMEHL didn’t reveal the term on which it said F&N had defaulted, but a Reuters report said it was related to the change of shareholding structure of F&N, after F&N was taken over by companies linked to Thai billionaire Charoen Sirivadhanabhakdi earlier this year.
No public statement had been issued by F&N retorting UMEHL’s announcement at the time of filing this report, however, F&N earlier in August said that there was no basis for UMEHL’s action and it intended to vigorously contest the claim. “The matter is in the hands of the company’s lawyers,” it said.
UMEHL is on the “Specially Designated Nationals List” of the US Treasury. Assets of individuals and companies on the list are blocked and US persons are generally prohibited from dealing with them.
Myanmar Brewery Ltd was set up in 1995 by UMEHL with Heineken NV through its Asian arm, Asia Pacific Breweries Ltd (APB), which transferred its 55 percent stake to F&N in 1997.
F&N held a 50 percent stake in APB. However, in December last year, it divested its entire shareholding in APB. Following this, on January 30, an offer by TCC Assets – part of Charoen’s business empire – for all the shares in F&N turned unconditional, resulting in TCC Assets and concerning parties controlling more than 50 percent of F&N’s issued capital.
On April 24, UMEHL exercised its rights under the JV agreement to serve notice on F&N to sell its stake to UMEHL or its nominee. It served notice of arbitration on September 9.
The arbitration proceeding could take months and is likely to be held in Singapore, a Reuters report quoted a source familiar with the matter as saying.