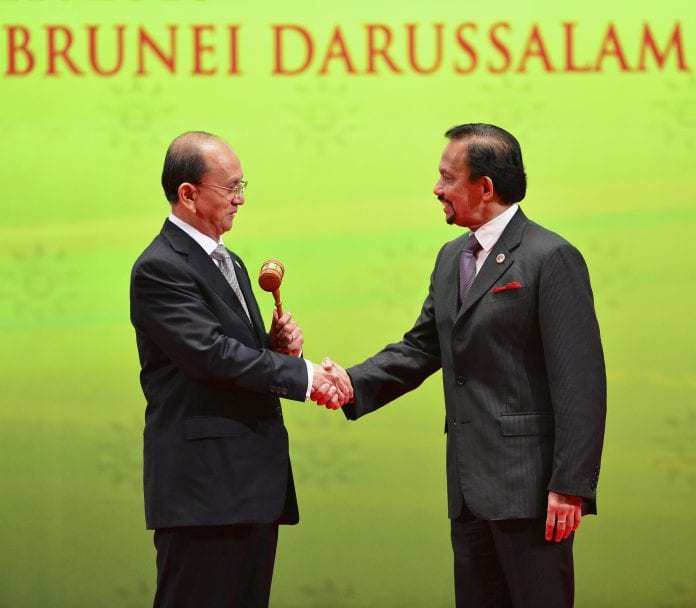 For the first time, Myanmar will lead ASEAN in 2014. The country will also host the 2014 ASEAN summit, in addition to over 240 regional meetings – drawing thousands of diplomats, leaders and journalists to the country throughout the year.

2014 is also an important year for ASEAN as it is the penultimate year before the inauguration of an integrated ASEAN Economic Community in 2015. What are the challenges and opportunities facing the country – and ASEAN – as Myanmar assume this critical role?

The most obvious test for Nay Pyi Taw is its infrastructural deficit: unreliable power supply; limited internet connectivity; chronic shortages of hotels; and poor transportation linkages are some of the problems that continues to plague Myanmar. The Southeast Asian (SEA) Games that Myanmar hosted in 2013 were an early test of its capabilities. While it performed creditably on safety and security, it was found lacking in others – lack of accommodation and poor transportation were common complaints. Notably, the Ministry of Sports resorted to using power generators to supply electricity during the games because it did not trust its own power network.

Questions also remain as to whether it has the ‘soft’ infrastructure and capacity to manage its chairmanship. Myanmar scholars note that managing the ASEAN chairmanship will impose extra burdens upon a narrow cohort of able people managing the reform process, but who are already greatly overworked. To that extent, the chairmanship could be an unwelcome distraction.

Secondly, as China continues to be more assertive in South China Sea, President Thein Sein would need to deftly manage ASEAN-China relations. The recent decision by Beijing to issue new fishing regulations requiring foreign vessels to seek prior permission to fish or survey in disputed waters in SCS has already drawn rebukes from Vietnam, Philippines, Japan and the US. The need for ASEAN unity has never been stronger especially with the goal of an ASEAN Economic Community (AEC) near. It would do well to display independent-minded leadership while ensuring ASEAN solidarity.

Thirdly, the plight of the Rohingya and Myanmar’s human rights record will come under increased international scrutiny as Myanmar plays host to the region and the world. In 2006, Myanmar gave up its chairmanship under pressure from ASEAN and the United States owing to its appalling human rights record and its oppressive political regime. If Myanmar does not deal with its ongoing internal religious-ethnic conflict comprehensively, there is a risk that Myanmar’s chairmanship will be overshadowed by its human rights failings.

Economically and politically Myanmar has made great strides in opening up while its assumption of the chairmanship will allow Nay Pyi Taw to open up further to the outside world. The Myanmar government has affirmed its readiness to benefit from the experience of previous chairs and others in ASEAN.

For example, its Ministry of Foreign Affairs has asked a Singapore think-tank for advice on its ASEAN chairmanship role. Its willingness to learn, coupled with the inflow of people, ideas and practices that comes with the chairmanship will further socialise Myanmar into developing sets of ‘best practices’ enabling it to build up its educational, sociopolitical, diplomatic, bureaucratic and human resource nous as it grapples with its role as an actor on the world stage.

Secondly, Myanmar also happens to be the coordinator of the ASEAN-US dialogue. This gives Myanmar the unique opportunity to elevate its relations with the US and benefit from the immense rewards that can be reaped from a deeper relationship. Investments by American businesses hit $243 million as of August last year, according to the Myanmar Investment Commission. But this sum is paltry compared to the $43 billion in total foreign direct investment in the same period.

Thirdly, being the chair of ASEAN – and with national elections looming in 2015 – there is strong political impetus to push through urgently-needed reforms in several areas. It has already made some progress in this regard. For instance, during the SEA Games in Myanmar, high-speed 4G mobile internet network was installed (albeit only for the media and VIPs) in various venues in a relatively short period of time. Additionally, Myanmar has given the ‘go ahead’ for an ASEAN People’s Forum (APF) in Nay Pyi Daw.

The APF is a set of civil society meetings held in the ASEAN Chair’s country each year. The green light by Myanmar stands in stark contrast to Cambodia’s actions when it was chair where it sent government-only representatives, meddled extensively in proceedings and even shut down meetings and kicked out activists. These show the willingness and ability to tackle some of the pertinent problems facing Myanmar especially when under pressure to perform globally.

Myanmar’s chairmanship will be closely watched by Southeast Asian neighbours for it is a momentous year not only for Nay Pyi Taw but for ASEAN as well. Myanmar has the backing and the support of its fellow ASEAN members to pull off a successful chairmanship. It would be in the interest of Myanmar and ASEAN to grab this opportunity to open up more quickly domestically and integrate further with the international community.

Dylan Loh Ming Hui is a research analyst at the S. Rajaratnam School of International Studies (RSIS), Nanyang Technological University. The article was originally published on EurasiaReview website and has been republished with the author's permission.