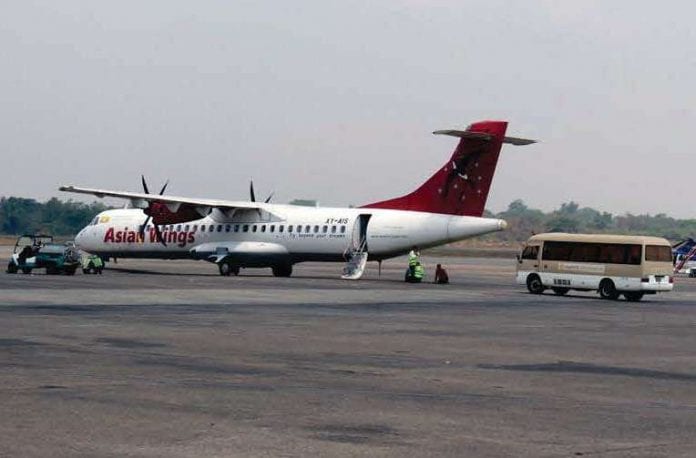 With the start of the ASEAN Open Skies agreement at the beginning of this year, a set of rules to open markets and liberalise restrictions on airlines, the domestic airlines of Myanmar will have a greater chance to compete internationally, but there remain risks to the future of the Myanmar airline industry.

“At the moment, most of the traffic into Myanmar is from non-Myanmar airlines. What will be interesting will be whether any of the current domestic operators can start operating internationally,” David Brotherton, a partner and aviation expert at law firm Berwin Leighton Paisner, told Myanmar Business Today.

Before the open skies agreement, officially known as the ASEAN Single Aviation Market (ASEAN SAM), it was difficult for airlines to operate routes completely outside of their own country. This agreement, however, allows airlines from one country to use airports in other countries without government approval, and allows aircraft operators to operate between ASEAN countries with no relation to their home country, which will pave the way for greater expansion into and out of Myanmar.

Financing has been a major concern, and will impact their ability to compete within ASEAN. Brotherton said: “If you look at how aircraft are financed globally, the are financed out of capital markets, cash, lessors, or bank debt. [In Myanmar] a lot of that is closed off, so it will be very difficult in the current state for any airlines to raise money on capital markets.

"They don’t have the right credit rating, the right fleet age, or the right size to do it. [A major concern of financiers] is counterparties that don’t have a track record, business models that aren’t tested, and assets that tend to be older than in other markets.”

If any of these domestic airlines is to face the increased international competition, they will need some way to differentiate themselves to customers, with newer fleets and better service. However, Brotherton said it tends to be larger aircraft lessors that place their aircraft with airlines in Myanmar, as those lessors have a bigger portfolio of aircraft which allows them to place, usually their older aircraft, at higher risk or emerging jurisdictions.

U Lwin Moe, executive director of local airline Asian Wings Airways, told Myanmar Business Today that the carrier currently operates with three airplanes and plans to expand its fleet in 2016 to service more domestic routes, but this number depends on tourist numbers.

He added that with this high competition, service quality was the best way to stand out. He declined to comment on financial matters.

Wholly foreign investment in Myanmar airlines continues to be prohibited. “If the foreign firms want to invest in local airlines, we will allow them only if they enter into joint ventures with local investors. We do not allow totally foreign investment,” said U Win Swe Tun, director general of the Department of Civil Aviation (DCA).

The domestic market in Myanmar faces a unique situation, with stiff competition between many small domestic airlines vying for the same market. Some of these airlines have fleets as small as two airplanes, and most have emerged only within the past few years. These domestic carriers are buoyed by increased traffic into Myanmar, competing for internal routes for those already in the country.

The growth of the Myanmar middle class is also expected to increase air traffic. “Peoples are taking airplanes more as the country’s economy develops. There were over 400,000 of local passengers in 2014,” said U Khin Maung Myint, an adviser to the Department of Civil Aviation (DCA), adding that this was a 20 percent gain over the previous year.

He said Myanmar plans to expand services from Myanmar to other ASEAN countries, specifically Indonesia, Vietnam and Laos.

Despite the rise in local and foreign passengers, filling the aircraft is the main challenge in the face of this stiff competition, Brotherton said, “The more airlines there are, the harder it is to fill seats, which creates more risk, and hurts investor confidence. They would see consolidation as a bit of a failure.”

Once business dynamics play through, and people see how capacity and demand marry together, there would have to be consolidation at some point, he added.