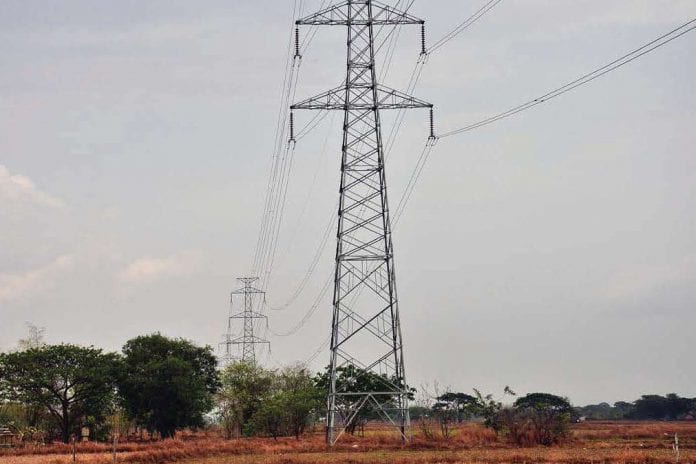 A new budget signalled major funding boosts in Myanmar for the power generation and education sectors, both of which have been identified as structural weaknesses in the economy.

The Ministry of Electrical Power was a key recipient under the K20 trillion ($18.5 billion) budget for 2015/16, which came into effect on April 1. According to local media, the ministry plans to spend K2.5 trillion ($2.3 billion), including foreign loans, to improve electricity supply and distribution, making it the fourth-largest spender after finance, energy and defence. Since 2011, the ministry’s budget has increased from K40.9 billion ($37 million) to K87.7 billion ($81.3 million), during which time capacity has risen from 1,591 megawatts (MW) to 2,300MW.

Spending on education rose to just under K1.4 trillion ($1.3 billion), up from K1.1 trillion ($1 billion) last year, with some of the funds to be set aside for hiring an additional 50,000 teachers. In a separate move, the country’s free schooling system will be extended to include higher education this year, in a bid to boost the number of graduates entering the workplace. The budget also approved resources for university stipends and scholarships as well as financial support for students attending technical institutions, as part of a push to boost take-up of vocational courses.

The effect of shortfalls in education and infrastructure on Myanmar’s economy was singled out recently in separate reports compiled by two international agencies. The Asia Development Bank (ADB) said that Myanmar still faces several development challenges, particularly in the areas of infrastructure and human capital, despite having made significant progress in implementing economic reforms.

In a March report, the ADB pointed to the high number of poorly educated and unskilled workers entering Myanmar’s labour market. “This undercuts efforts to achieve inclusive economic growth and threatens to trap the economy in a model that adds little value and depends heavily on exploiting natural resources,” the report said.

The ADB’s key findings were echoed in the World Bank’s first investment climate assessment on Myanmar, which was released at the end of March. Many of the firms surveyed said Myanmar’s education system is unable to meet the needs of the country’s economy as it modernises. Workers lack up-to-date knowledge, while almost all respondents said infrastructure weaknesses, especially power outages, were affecting their businesses.

While Myanmar’s economy is expected to perform strongly in the fiscal year 2015/16, with the ADB projecting GDP growth of 8.3 percent, advances will be offset by higher inflation. Consumer prices are forecast to reach as high as 8.1 percent, according to government data, compared to an ADB estimate of 8.4 percent, up from 6.5 percent in the last fiscal year.

The ongoing depreciation of the kyat remains an area of concern for the government. The dollar has been appreciating against other currencies in recent months due to improved economic conditions in the US. The official exchange rate was set at K1,027 to the dollar in March after the kyat rose above the K1,000 mark for the first time in October last year, which has put Myanmar on course for a higher-than-expected import bill. With domestic demand likely to increase on the back of wage rises, the government could see its projected trade deficit of 4 trillion ($3.7 billion) for the fiscal year come under pressure.

Analysts are also questioning whether Myanmar will be able to bring its trade deficit to within the forecast target. The 2014/15 gap reached K4.9 trillion ($4.5 billion), marking an 88 percent increase on the previous 12 months, according to media reports in early April.

Imports rose sharply in the previous fiscal year to reach K16.13 trillion ($15 billion), pushed up by the goods and services needed to drive the country’s rapid economic expansion. Some 40 percent of imports were listed as capital items, including materials for construction work, while fuel accounted for another 30 percent.

One area that has benefitted in the past year is foreign direct investment (FDI), which soared to more than $8 billion in the 2014/15 fiscal year, exceeding expectations by over $3 billion due to increased activity in the energy, manufacturing and telecoms sectors, according to officials. The rise in FDI was supported by Myanmar’s growing appeal as a tourist destination in Southeast Asia, and together with solid domestic demand helped lead to strong growth in 2014.

Professor Aung Tun Thet, economic advisor to President U Thein Sein, believes Myanmar is set to enjoy a sustained period of growth, built on improved access to the international market. “Although Myanmar was an outcast for so long, it is now a butterfly which will never again be a caterpillar,” he told OBG. “Reengaging with the global market has taken the country out of the shadows for good.”

However, part of the cost of that reengagement may come in the form of a widening trade deficit, at least in the short term. Investment in fields that are set to become pillars of the economy and generate export revenue will need time to yield results, suggesting that trade deficits could remain a feature of budgets for some years to come.

Michael Nesbitt is editorial manager for Myanmar at Oxford Business Group (OBG), and in charge of producing sector specific research in Myanmar. The views and opinions expressed here are the author’s own and do not necessarily reflect Myanmar Business Today’s editorial opinion.