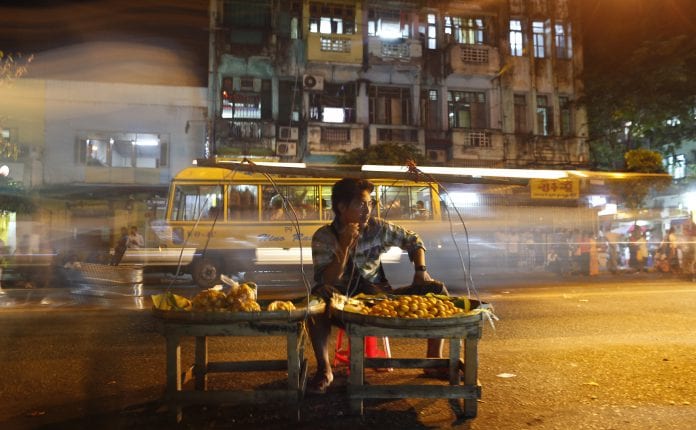 Myanmar’s economic potential has been vastly enhanced by the access to foreign resources – in the form of new trading opportunities, the inflow of foreign investment, elevated levels of bilateral and multilateral assistance – that President U Thein Sein’s commitment to political, social and economic reform has unleashed.

The relaxation of sanctions and improved relations with the major powers have both opened a new opportunity for development after years of economic isolation and consequent economic stagnation.

Already, over the past few years, real growth has been strong, but how strong is not exactly clear. If one believed the official statistics, the economy has been growing in excess of 10 percent per year for more than a decade, but it is difficult to reconcile the statistics with the real world in which the people of Myanmar live day by day. The government has acknowledged as much by winding back the growth goal to a more realistic and achievable 7.7 percent per annum in the current Five Year Plan.

But how should Myanmar set its development ambitions now? By what standards should we measure success in economic reform? And what are the key ingredients to achieving Myanmar’s national growth potential?

Myanmar is still a very poor country. Though the range of error in the estimation may be large, Myanmar’s per capita GDP remains at only around $850 a head, the poorest country in ASEAN – poorer even than its neighbours in Laos and Cambodia.

The Asian Development Bank (ADB) reckons that Myanmar, on its current development path can grow at 7 to 8 percent a year and that it could maintain that growth rate at least over the next couple of decades. If it were to do that, GDP per capita would reach $2,000 to $3,000 by 2030 – more than three times the current level – propelling Myanmar comfortably into the ranks of the middle-income countries. Even so, if Myanmar more than trebled its per capita income through to 2030 as the ADB suggests, it will hardly change its rank as the poorest country in ASEAN. And the bar to middle income status keeps being raised. Perhaps it could aim to replicate China’s past long term 10.4 percent growth (9.4 percent in per capita terms) and thereby lift its per capita income to $4,724 by 2030. That would still be lower than per capita income in Singapore, Thailand, Malaysia and Brunei two years ago.

Coming from behind, as it is, Myanmar should have a brighter future, and a bolder ambition for development. Its growth potential is enormous as it sheds the shackles of policies that have condemned it to poverty over the past fifty years. It has a rich resource base that, properly husbanded, can launch the mobilisation of international and domestic resources for catching up with its neighbours in ASEAN. It has the population, properly invested with skills and human capital, to upgrade its trade and industrial structure. And it is strategically located on the land-bridge of Asia between the emerging giants of China and India, in a more and more deeply integrated ASEAN economic community. With these advantages, Myanmar will need to strive not only for growth in the quantity of per capita GDP but also to improve its quality, as the overriding goals of the economic and social reform to which President U Thein Sein has committed.

Foreign investment will, of course, play a critical role in achieving Myanmar’s real growth potential, as it has in China and elsewhere throughout the East and Southeast Asian region. But without fundamental reforms in the domestic economy, foreign investment cannot be expected to bring about economic miracles independently of good policy at home.

Unless Myanmar’s own policy frameworks are robust and reliable, how will foreign investors be persuaded to put confidence, and bring markets, know-how and capital, into the country? Without stable macro-economic policies and policy institutions, an effective taxation regime and soundly based social and capital expenditure programs, why won’t foreign investors choose to go elsewhere? And why would the ordinary people of Myanmar be happy if the benefits of foreign investment are not spread widely via sound fiscal, land, environmental and labour policies and institutions but rather captured narrowly by special dealing and the privileged few.

It will be difficult to establish quickly the policy and legal frameworks and an environment right across the country in which foreign investors or the people of Myanmar can have immediate and total confidence. That is why other economies, like Singapore, China, Taiwan, Malaysia and Vietnam established special economic zones in which trade could be freed up, legal frameworks established, and infrastructure developed that were beachheads for testing and demonstrating the path to development more broadly. Moving to establish special economic zones near major centres such as Yangon and Mandalay is now an urgent national priority. Special economic zones such as the Thilawa project near Yangon will serve to boost economic growth dramatically; though they will not be the end of the process which will come from extending their benefits across the country. With its highly mobile population and workforce, Myanmar is likely to achieve this more rapidly than have many other countries in the region have before it.

Getting all this right is an enormous challenge for policymakers and legislators in a newly opened economy and society. Getting it more right than wrong is a realistic ambition that will lift economic performance and social welfare to its real potential and see the birth of another Asian tiger.

U Myint is Chief Economic Adviser to the President and Chief, Centre for Economic and Social Development of the Myanmar Development Resource Institute. The article first appeared in East Asia Forum website.