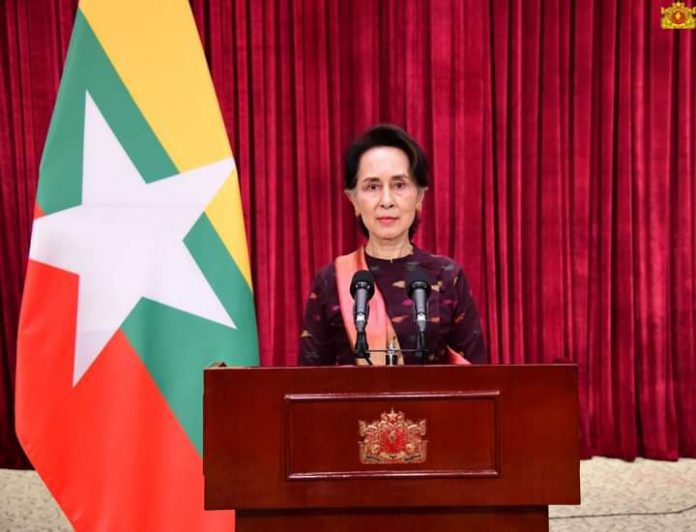 Last Saturday, Myanmar’s Union Election Committee announced a victory for Daw Aung San Suu Kyi’s National League for Democracy (NLD) in the 2020 Myanmar General Election. The party won 83 percent of the seats in the Union Parliament, which exceeds even the number of seats gained in the previous election five years ago. This result shows that the majority of Myanmar’s population still holds Daw Aung San Suu Kyi in high regard. Key achievements during her first term as State Counselor include Myanmar’s improved ability to attract foreign investment and the attainment of GSP trade preferences from the EU and the US, which allowed Myanmar’s economy to grow exponentially.

Prior to the NLD’s rise to power under the leadership of Daw Aung San Suu Kyi, the value of foreign investment permitted in the country averaged a mere USD 2.083 billion per annum – with China, Myanmar’s largest foreign investor, predominantly invested in mining its natural resources, including copper, iron and jade. Ever since her first term in office, foreign investment flowing into Myanmar has tripled in amount, at a yearly average of USD 6.654 billion; almost half of which came from Singapore, an ally of the West in ASEAN. The NLD government under Daw Aung San Suu Kyi is evidently trying to balance foreign direct investment between Myanmar and China, as well as with its Western allies. At the same time, the government of Myanmar is also attempting to execute a structural shift in investment from a heavy dependence on natural resources investments to more diversified investments in the industrial sector and basic infrastructure like roads, industrial estates and power plants. These investments are set to increase Myanmar’s competitive edge in the long run.

In the past few years that Daw Aung San Suu Kyi has been leading the country, Myanmar has transformed from a country which primarily exports natural resources and agricultural products to one whose top exports now consist of industrial goods, namely textiles and garment manufacturing. Meanwhile, share of agricultural products and fossil fuels exports like natural gas have declined steadily. This shift in the structure of exports reflects economic development in Myanmar, which is now entering the phase of industrial revolution.

At present, Myanmar’s strength lies in the affordability of its labor, with the lowest wages in ASEAN, and GSP privileges, which allow foreign investors to ship their products to the EU and the US markets without any additional tariffs. Hence, Myanmar has become a country that successfully attracts foreign investments to industries which are labor-intensive, especially compared to their rivals in ASEAN that have low wages like Lao PDR and Cambodia. More importantly, Myanmar has introduced reforms to its civil service system to encourage more business operations. Reforms thus far include online company registration and fee reduction for company registration. These developments have enabled Myanmar to be placed higher in the ‘Ease of Doing Business’ ranking. Before the tenure of Daw Aung San Suu Kyi, Myanmar was ranked No. 177, but in 2020, Myanmar inched up to No. 165 – which is contrary to the direction that Lao PDR and Cambodia are heading, with the latter two countries ranking lower over the same period.

Following Daw Aung San Suu Kyi’s second-term victory, Kasikorn Research Center views that the FDI trend in Myanmar will continue to have a positive outlook, benefited by the trade war between China and the US – which has prompted China to invest more in Myanmar’s basic infrastructure. Most of these infrastructure works are projects that will connect China’s Yunnan province to the Indian Ocean through the western coast of Myanmar, such as a high-speed railway project. These projects carry strategic importance in maintaining China’s energy security, as well as acting as China’s gateway to overseas exports via the Indian Ocean. Countries allied with the West are also inclined to invest more in Myanmar’s labor-intensive industries, including textiles and garment manufacturing, as the US has come to realize the importance of Myanmar to China; thereby making it highly likely that the US will not revoke Myanmar’s GSP privileges – a risk factor that has adversely affected the investment situation in Myanmar up till now. Such factors will have a positive influence on Myanmar’s economic potential and competitiveness, helping to draw more investments from Western allies to its labor-intensive industries in the future.

Nevertheless, the COVID-19 pandemic has disrupted the supply chain of Myanmar’s textile industry since earlier this year. Since Myanmar relies on as much as 90 percent of its imported fiber and fabric from China, many garment factories have been forced to shut down, causing Myanmar’s exports of industrial goods to contract by 8.1 percent from January to August 2020 – as the majority of Myanmar’s exports of industrial goods are garments. Kasikorn Research Center projects that the closure of garment factories in Myanmar will hinder the development of the country’s textile industry in the near future (1 to 3 years), but also perceives that this factor will not adversely affect Myanmar’s competitiveness and that foreign investment in its textile industry and garment manufacturing business will recover in the long run.