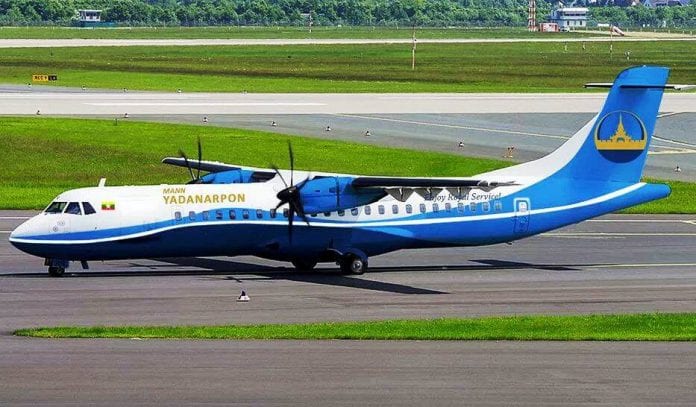 The second aircraft is expected to arrive at the end of March, while a third plane will arrive in Yangon in November, company officials said. The company expects to launch its first international flight to Chiang Mai within this year.

The airline will operate its commercial flights to Yangon, Mandalay, Nyaung U, Heho, Kyainetone, Tachileik and Myitkyina from its main base at Mandalay International Airport.

In addition to its scheduled domestic flights, the aircraft will serve as a chartered flight for domestic and regional destinations.

The airline will later expand its domestic routes, flying to other local destinations such as Putao, Homalin, Bhamo, Monywa, Kalay and Loikaw.