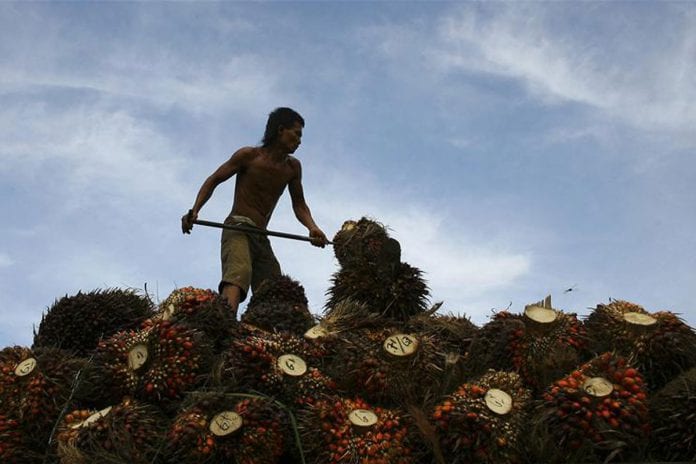 Palm oil as edible oil is the second biggest important food item after rice in an average Myanmar household. However, Myanmar’s domestic edible oil production is not enough to meet the demand, so it imports palm oil from some of the world’s largest palm oil producing nations like Indonesia and Malaysia.

During the military rule palm oil import was controlled by state enterprises. But the recent economic and democratic transition has resulted in a market-based economy, which resulted in the Ministry of Commerce opening up the previously-restricted palm oil import market to local private players in April 2011. Myanmar imports refined palm olein, which is the liquid form of palm kernel oil after a process called fractionation, and is used for cooking and frying. 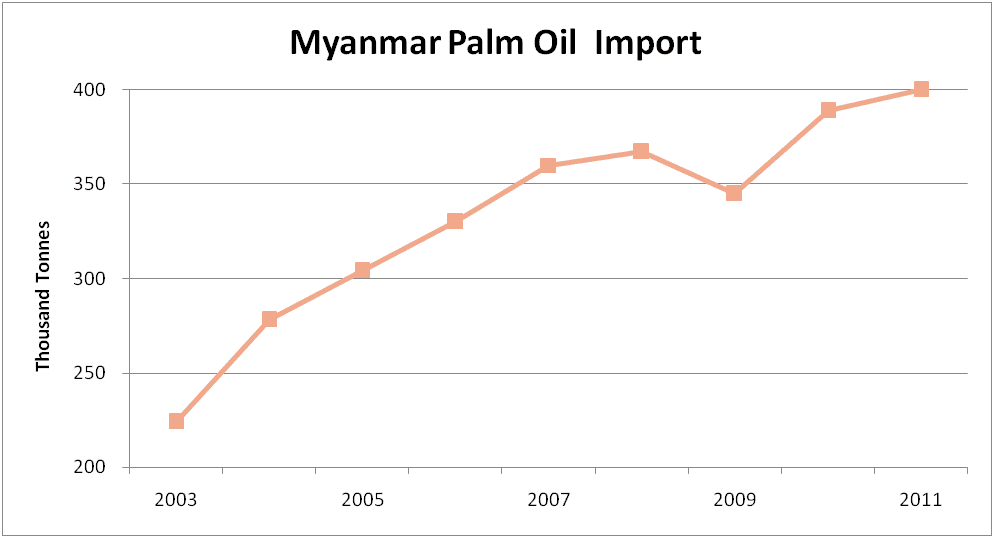 One of the biggest challenges for palm oil trade is the cargo storage facility at Yangon port, which results into long waiting period for vessels at the port to discharge the cargo, leading majority of importers to face demurrage claims from their suppliers.

Due to shortage of storage space, importers are pushed to liquidate the cargo as soon as possible. Another concern is usage of delivery order mechanism in the local market where speculators and distributors play with forward contracts, creating speculation and defaults. Road infrastructure is also underdeveloped in Myanmar, so transportation cost also becomes very high, hurting margins and causing delays in delivery of cargoes to northern Myanmar.

Another major area of challenge is illegal border trade of palm oil from Thailand to Mon state and Tanintharyi region which impacts importers who are brining cargoes to Yangon legally after paying customs duty, commercial tax and income tax.

Private players have invested in palm plantation in southern Myanmar to increase domestic production but it will take at least two to three years to make any significant impact on the palm oil trade. Various stake holders from government and industry can pursue the idea of promoting manufacturing industry for converting crude palm oil to refined palm oil which could create technical know-how and employment.

Currently in the local market palm oil is traded in loose which results into quantity loss and quality deterioration. However, that also provides great opportunity for investors to set up blowing units for jerry can production and packaging and distribution with right quantity and quality.

Vijay is working as Business Manager in Myanmar commodities market for more than two years. He is an agri commodity trader by profession. He can be contacted at vijaydhayal.eca@gmail.com. This Article was accomplished by the author in his own personal capacity. The opinions and views expressed here are his own.