This is the slogan of Myanmar Dollar-MYD, the newly emerged cryptocurrency, which is intended to counter the junta’s grip on Myanmar Kyat. This is one of the facets of the revolution against the coup. Unlike A-May Suu Token, a crypto token that emerged after the coup, the MYD project attracted a lot of attention and interest on social media. So, Myanmar Business Today reached out to the team behind the Myanmar Dollar project via email to learn more about the MYD and the team behind it, their belief, and stands.

Meanwhile, Myanmar Kyat is suffering from depreciation reaching the highest rate of K1,800 per dollar in August while people’s confidence in the banking system plummeted as the banking system was struggling and the cash shortage problem was disrupting the business transactions.

So, they want to take ‘the control of the Kyat out of the militaries hands and put it back with the people.” Around one month after the coup, a diverse team of both Myanmar people and foreigners with strong links to Myanmar began working on forking Nano, a third-generation cryptocurrency that features both instant and free transactions. The team used this along with its custom distribution methods to build MYD. This is how the Myanmar dollar begins.

“The Myanmar Dollar is ready to step in to replace the Kyat with a decentralized cryptocurrency system, to give power and financial freedom back to the people of Myanmar,” said the team member.

Then, the MYD was launched, and the team employed the power of social media in making the MYD known to as many people as possible. It made the presence in Facebook, telegram, discord, and later Twitter organizing various events, memes competitions, giveaways, and others in exchange with MYD. The team’s strategy seems to work and MYD is now gathering around 300-400 users a day reaching a total of around 15,000 users as of now. It has released wallets for both android and iOS versions and is now developing a web-based wallet.

The question is ‘will MYD actually works?’. To which, the MYD team answered “we are dreaming big, for complete adoption and the transformation of Myanmar into the first country in the world to adopt a cryptocurrency as its primary currency. We want Myanmar to be world-leading and #1 for digital finance. We want to use MYD to bring the whole country online, with satellite internet, free phones, and solar chargers sent out to rural areas to connect the entire country. But we will just take it one step at a time.”

The next step is to be listed on the currency exchange platform.

“We are currently speaking to a lot of exchanges, and encouraging the MYD community to make their voice heard. However, for a Coin, the listing takes time. The world of DeFi tokens has lowered the barrier of entry into crypto so anyone can mint a smart contract for less than $1000, as we saw with the Suu token which is now unsupported and left people who invested in the lurch,” said the team adding that tokens are not sustainable in Myanmar because they have high transaction fees from the ETH or BNB networks.

“This is why we went the harder route and implemented our own network to demonstrate our commitment and provide a better experience for users.”

Along with enthusiasts who have a high expectation regarding the MYD, there are indeed skeptics who believe that the MYD is a complete scam suspecting that there must be something behind this quick and widespread popularity.

“The use of MYD requires a little trust, due to its starting centralized model which is in place to protect it from Nanos DoS issues. Those users who come verify the project and speak to us quickly realize our legitimacy and good intentions” said the MYD team. 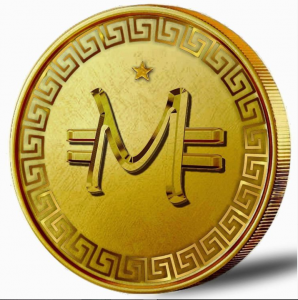 According to the whitepaper of MYD, 110 billion MYD was created of which, 55 % will be distributed to Myanmar people, 25% reserved for National Unity Government, and 20 percent to support charity works. So far, a total of around 20 million MYD has been distributed to people. To distribute 20 percent of the total MYD to NUG, MYD will need recognition by the NUG. Since the early days of the project, the team has tried to reach out to the NUG but received no reply.

“Since then, the MYD team has again reached out to NUG on multiple occasions to try to form a partnership and help grow the project with them. It is slightly disappointing they have never replied to us or multiple project members and users who try to contact them,” said the team.

Recognition by the NUG and being listed at exchanges will give a big boost to the MYD. There are a lot of hypes around the MYD. Many users also announced on the MYD’s Facebook community that shops are accepting the MYD as a payment. Setting aside all the hypes and skepticism, we will need to wait and see whether the MYD does become one of the top cryptocurrencies as the enthusiasts imagined or fail as the skeptics thought.