Nascent Safeguard: Health Insurance on The Cards for The First Time 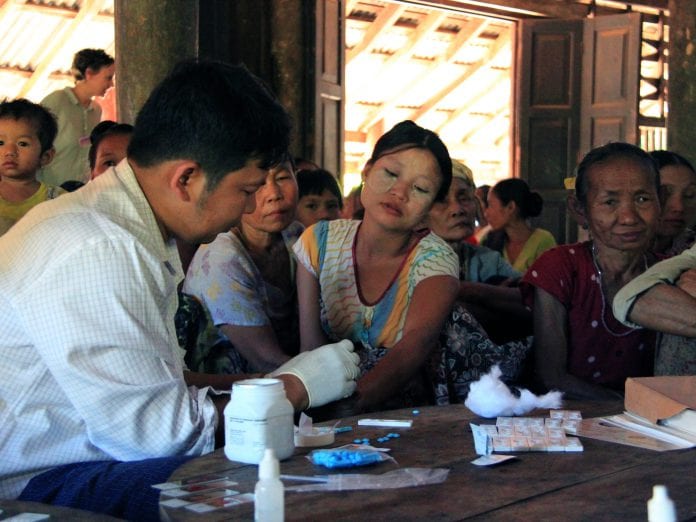 Health insurance will go on sale in Myanmar for the first time on July 1, a top Myanmar Insurance Enterprise (MIE) official said.

Insurance can be bought from the government-backed MIE or 11 local private companies, but the price and compensation awarded will be the same for all, according to U Aye Min Thein, director general of MIE.

Before 1988, all medicine was nationalised and provided free of charge, and even now, many government clinics do not charge customers, but ask for donations from patients.

However, more people choose to go to paid private clinics, which charge money. This, and the rising cost of medicine, has made insurance increasingly necessary for the public.

Dr Maung Maung Thein, deputy minister for finance, said that the charge is K50,000 per unit and the insurance period is one year. If the person is treated in a hospital recognised by the Ministry of Health during the year, K15,000 per day will be provided for up to 30 days of hospitalisation, for a maximum payout of K450,000.

“The person needs to be healthy before the insurance is bought, as is the case in many other countries. The health insurance can be bought in branch offices and service will be provided at this rate during a trial period of one year. After that, the rate may change according to the results of the period.”