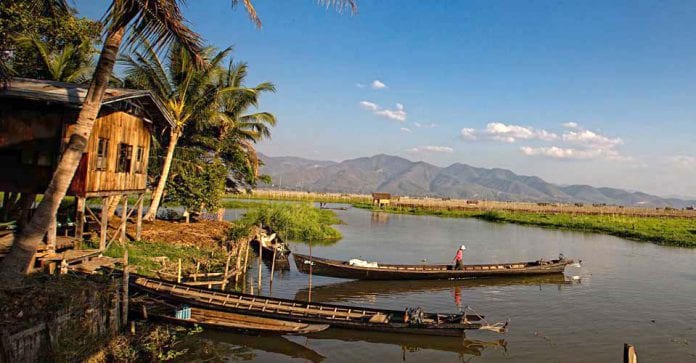 The 13-day journey showcases the little-explored wild side of Myanmar along with the biodiversity of the world’s oldest rainforest, Thailand’s Khao Sok National Park, NHA said.

Nat Hab now joins a slew of companies scrambling to introduce Western travellers to Myanmar, a country that was off-limits even four years ago.

The firm said its nature-focused itinerary will “pioneer eco-travel in Myanmar by providing access to little-visited national parks and wildlife reserves” such as Popa Mountain National Park, home to rare langurs, and the Mergui Archipelago where Burmese macaques, one of the world’s few tool-using primates, live and breed.

The tour begins in Yangon where vestiges of British colonial life mingle with markets and commerce. Providing succour to monks (good karma for those on the path to enlightenment) and helping to feed and wash elephants at Green Hills Elephant Camp set the tone in the first days for a trip that mixes nature with spirit along the way.

At Inle Lake, the hub of a rural region centred on farming and local markets, guests will get to witness age-old floating agricultural techniques passed down through the generations and visit Inle Lake Wetland Sanctuary, home to more than 350 different bird species.

Then, along the Ayeyarwady River travellers explore Bagan that harbours the world’s most prolific collection of ancient Buddhist temples, pagodas, stupas and shrines, some dating to the 11th and 12th centuries. Back in Yangon are opportunities to delve further into Buddhist culture by circumambulating the gilded Shwedagon Pagoda, a pilgrimage for the devout.

After this introduction to the spirit of this land where time has stood still, guests will fly south to board a private luxury catamaran to cruise the Andaman Sea along southern Myanmar and a sliver of the west coast of Thailand. The voyage passes through the Mergui Archipelago comprised of more than 800 islands, 770 of which are uninhabited except for abundant wildlife. The government has made this region a priority for conservation management. Here and in nearby Laem Son National Park in Thailand, guests can observe Myanmar macaques, one of only three primate species on earth to have developed a culture of stone tool use.

Nat Hub said throughout the itinerary accommodations have been “selected for proximity to nature and reflection of the culture and spirit of each locale.” Among these are an ecolodge perched high on the side of the extinct volcano, 6,000-feet Mount Popa; an overwater resort on stilts, furnished in gleaming teak, on Inle Lake, and a private yacht with six luxury cabins.