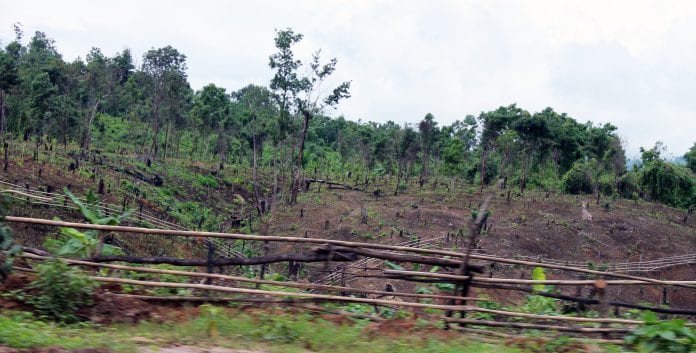 The Ministry of Environmental Conservation and Forestry is drafting a national forestry plan, which will pave the way for the ministry to establish 45,000 plantations producing firewood in 35 years and reduce deforestation.

U Aye Myint Maung, deputy minister for environmental conservation and forestry, told a session of parliament that the ministry plans to reduce the gathering of firewood from the forests through the plan.

He said that control of the firewood plantations will be transferred to the adjacent villages after five years of production.

The deputy minister also said the government distributed over 500 tonnes of firewood to 15,000 households since 2011 until now.

Firewood is the main fuel used at household kitchens around rural Myanmar. As firewood constitutes 78 percent of the rural household energy requirement, it will continue as the main energy source in the near future, said energy expert David Allan from sustainable energy NGO Spectrum.

According to Forest Resources Assessment (FRA) report, Myanmar had 46.9 percent of forest coverage in 2010, down from 70 percent three decades ago. The country is also suffering from huge loss of forest coverage, owing partly to the 10.8 million households who use firewood as fuel.

The government grew 38,600,000 plants including teak and hardwood to increase the forest coverage and implemented 45 projects since 2011 as of January this year.