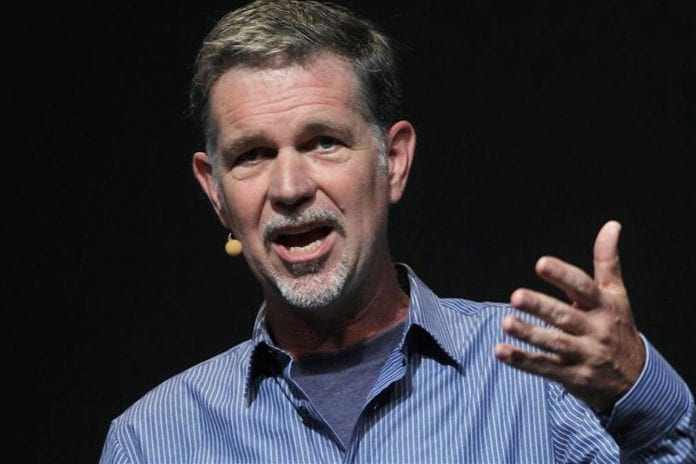 Netflix Inc raised the salary of its Chief Executive Reed Hastings by 50 percent to $6 million for 2014, a regulatory filing showed, as its stock quadrupled in value this year amidst new programming and a growth in subscriber base.

Hastings will receive $3 million each in cash and stock options for the year, according to the filing with the US Securities and Exchange Commission made last week.

Other top executives including Chief Financial Officer David Wells and Chief Content Officer Ted Sarandos will also get a pay hike in 2014, it said.

The internet movie and TV show streaming service has been trying to lure subscribers with original programming.

Its success with a series of programs such as political satire “House of Cards” and dark prison comedy “Orange is the New Black” helped its US customer base rise to 31.1 million streaming subscribers last quarter.

In November, Netflix added four new television series and one miniseries from Disney’s Marvel unit, and in December it secured the rights to make new episodes of a spinoff of the “Breaking Bad” television series, available within days to customers in Latin America and Europe, starting in 2014.