HomeMMBIZ NewsNew Airports in Kachin, Chin; Others to be Renovated
MMBIZ News

New Airports in Kachin, Chin; Others to be Renovated 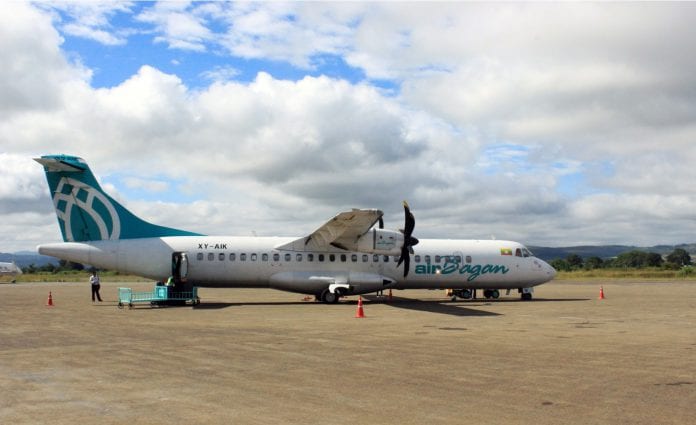 The Department of Civil Aviation (DCA) has announced plans to construct two new airports in Loankhin township in Kachin state and the town Phalam in Chin state, as well as to conduct large-scale renovation and expansion of 14 airports during the 2015-16 fiscal year.

Additional construction at Naung Mon airport and Myitkyina airport in Kachin state and Loikaw airport in Kayah state will be finalised during this period while, large-scale renovations will be implemented in MraukU airport in Rakhine state and Hpa-an airport in Kayin state, according to U Kyaw Soe, director of DCA.

“We will finish building a seawall at Thandwe airport and lay down an 8,000 feet long, 100 feet wide asphalt running lane. A new terminal with dimensions of 180 feet length and 60 feet width will be constructed at Sittwe airport. Myan Aung airport will also be expanded,” he said.

New airport buildings will be added at Bamaw airport, Kalay airport and Mai Set airport while Myeik airport will receive a new layer of asphalt. New offices will be installed at the Yangon International Airport for immigration procedures, he added.

The construction and renovation projects will be carried out in three ways; by assigning them to the Ministry of Construction, by invite bidding from private companies to handle the projects, or by tasking engineers from DCA to supervise the projects themselves, DCA said.

Eleven airports have been upgraded so far during this fiscal year by building runways, expanding airport buildings and building seawalls.

According to DCA data, Myanmar currently has three international airports in Yangon, Mandalay and Naypyitaw.

Another 30 airports receive regular domestic flights with 36 airports sitting unused, making a total of 69 airports inside the country.

A new international airport called Hanthawaddy airport, which is 70 kilometres outside Yangon in Bago region, is in the planning stages along with the highway between Yangon and Bago.