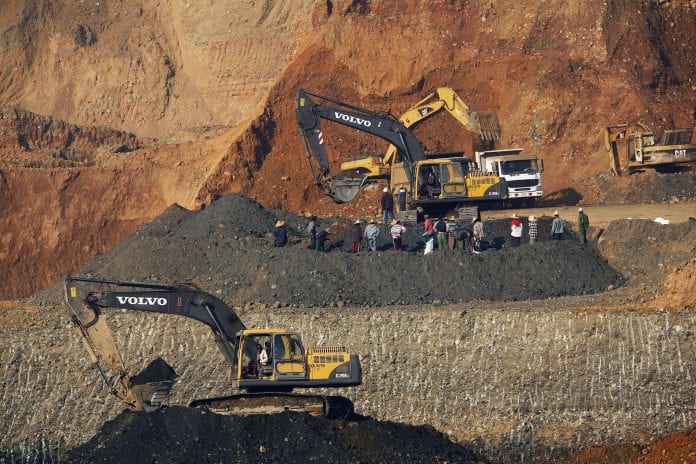 Wide-ranging reforms, backed up by planned legislative changes and a drive to improve practices, look set to steer Myanmar’s mining sector into the 21st century.

Myanmar has a vast and diverse mix of mineral resources, including jade, copper, gold, coal, tin, tungsten and nickel. However, the early stage of development means it still lacks the modern surveying techniques needed to move the mining industry forward.

The country’s leadership will be hoping that a new law governing the sector, which is expected to be introduced within weeks, will generate newfound confidence among investors, many of whom have held back due to a lack of reliable data and concerns about past practices.

Jade likely tops the list of Myanmar’s mineral exports in terms of value, but accessing figures for the industry, which has long been dominated by the military regime’s private business fronts, the Myanmar Economic Corporation and Union of Myanmar Economic Holdings, is a difficult task.

Foreign investors and observers have had to make do with understated official figures on mineral resource production and exports, alongside estimations for neighbouring imports.

Official statistics, for example, show jade exports reaching $34 million in 2011/12, while separate figures indicate that sales of the mineral at the annual gems emporium in Nay Pyi Taw amounted to $2.66 billion in 2011. According to a report by an economist at Harvard’s Kennedy School, exports of the stone likely ranged between $6 billion and $9 billion in 2011.

The government’s drive to clean up the industry’s image, spearheaded by an ambitious restructuring programme launched in 2012, is now gaining momentum. Myanmar’s efforts include plans to join the Extractives Industries Transparency Initiative (EITI), a global group made up of governments, businesses and other representatives, which aims to improve accountable management of revenues from natural resources.

EITI members are obliged to ensure full disclosure of all payments within the sector and allow observers to review both the origins and final destination of payments. The practice is aimed at bringing added transparency and accountability to the industry.

Myanmar has said it will apply for EITI candidature in the coming months. “We want to use the EITI to ensure that these resources are developed and managed in a transparent manner for the sustainable benefit of our people,” President Thein Sein said at the end of 2013.

“Political and economic reforms are an important part of the democratisation process. Becoming a member of the EITI will be a tangible result of these reforms.”

U Soe Thane, minister for the President’s Office, who will lead the reforms in Myanmar, has put together a multi-stakeholder group that will develop a plan to move the process forward.

Myanmar is also poised to introduce a new mining law this year, which would overhaul the 20-year-old legislation currently in place.

The law is expected to pave the way for new international partners to enter the market and upgrade its practices. For many years, due to sanctions imposed by the US, EU and other Western countries, China has been the primary investor and buyer in the minerals sector. This has left Myanmar little in the way of flexibility, with no room to exert leverage across the sector.

“Nowadays, we are in a position to invite investors with advanced technology and reliable investment from any country,” minister for mines Myint Aung told OBG.

“Although exploration activities will have many challenges, the mining industry has the potential to drive economic growth, while fostering foreign investment.”

Despite a drive under way in Myanmar to roll out reforms, many investors have, to date, chosen to observe the industry’s developments from the sidelines. Uncertainty, a lack of information and not-so-distant memories of murky practices have meant that even investors associated with riskier ventures in emerging markets have held back.

Myanmar will be hoping that 2014 signals a new era for the industry which will see its people reaping the rewards of the country’s natural wealth.

“Income from the industry will go toward both corporate social responsibility projects and mine closure programs,” U Myint Aung told parliament in February, commenting on the new mining law.