New Gems and Jewellery Market to Open This Month 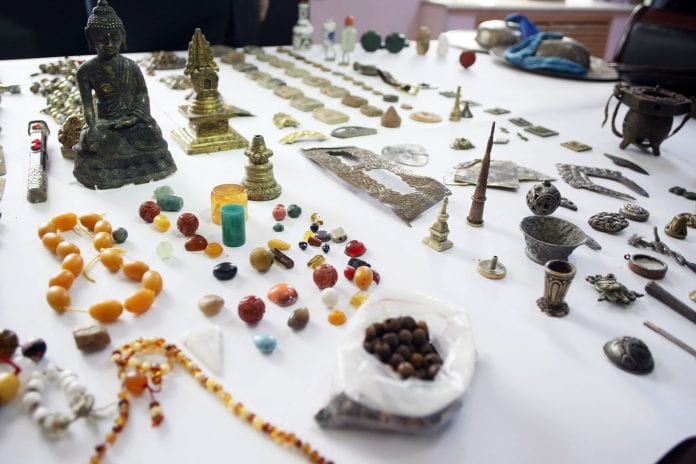 A new market for cut gems and jewellery will open this month, according to the Myanmar Gems and Jewellery Entrepreneurs Association.

The market will be located at the jewellery showroom on the compound of the Myanmar Gems Museum in Yangon.

The impending launch of this new market is the latest expansion in the industry after other markets were launched in Naypyitaw and Mandalay.

The plan is aimed at providing an exclusive place for jade and gems trading in Yangon, the association said.

“We have invited businesses and there will be over 40 stores running when the market is launched in October with a formal opening ceremony,” U Tun Hla Aung, joint secretary of the association, said.

Since early 2014, jewellery traders have been invited to setup stores and a committee has been setup to oversee the allocation of retail space.

More stores will also be added in the gems showroom of Myanmar’s Ves Joint Venture Co, which is located adjacent to the Myanmar Gems Museum.

After the recent shift in the executive committee members of the Myanmar Gems and Jewellery Entrepreneurs Association, the new chairman, U Yone Mu, announced they will start trading with the United States.

With the resumption of mining operations in Kachin state in September, which were suspended due to armed conflict, jade traders anticipate a surge in jade trading.

The government has also announced that in addition to issuing permits for old mining blocks, new blocks will be approved based on proposals submitted after exploration from private firms.