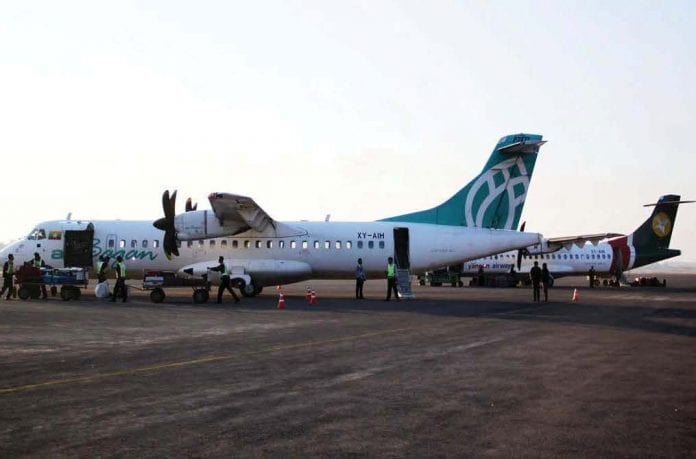 The Department of Civil Aviation (DCA) under the Ministry of Transport has revealed new government regulations that will reduce the standard lifespan of domestic airplanes by five years.

Prior to the government changes, commercial airways were allowed to operate airplanes in Myanmar for up to 25 years.

The new regulations were announced by DCA officials at the Mid-Term Review on Air Transportation Meeting.

“We will make sure we buy or lease planes with many years left before their expiry to maximise its usage,” U Win Swe Tun said.

Domestic airways flying planes in operation for longer than the allowed 20-year lifespan will likely sell their aircrafts to other countries.

Countries in Africa and the Middle East have made proposals to secure Myanmar’s aircrafts older than the government’s newly allowed 20-year lifespan, according to MAI.

“If the situation at the local airports improves, and more instruments are installed, the airlines have plans to use better types of aircrafts,” U Lwin Moe told Myanmar Business Today.

“It’s not easy to cover the cost for a plane in 20 years, and the longer a plane is used, the more beneficial it is for the owner,” the official said.

“This regulation will cost airlines a lot of money, especially at a time like this when competition is high in the industry.”