New Mining Law Could Be Ready by March: Official 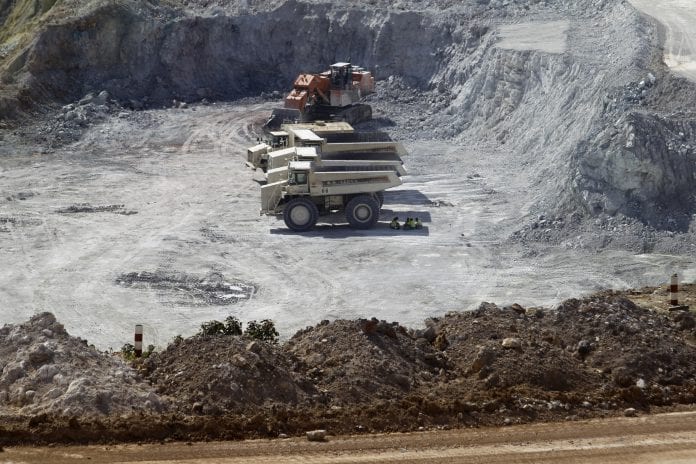 The country’s new mining law, which has been designed to encourage increased foreign investment in the industry, could be passed as early as March next year, an official from the Ministry of Mines said last week.
The ministry submitted a draft of the new mining law to the Hluttaw on October 1, according to Aung Thuyein Win, a director at the ministry.
“We hope that parliament will approve it within three months,” he said, speaking on the sidelines of the second annual Myanmar Mining Investment conference in Singapore.
The minister added that after being approved by the parliament and the president, lawmakers would have 90 days to enact the law, meaning it could be ready by March.
The mining law was last updated in 1994 and the latest change, it is hoped, will encourage increased foreign investment in an industry that is seen as having rich rewards, due to abundance of minerals in the country including gold, nickel, tin, copper, lead, tungsten and zinc.
The business-friendly changes are part of a raft of reforms promised by President U Thein Sein, who since 2011 has steered the fledgling quasi-democracy out of decades of military rule.
Mining is the third-largest sector for foreign direct investment in Myanmar after oil and gas, and power, according to Directorate of Investment and Companies Administration (DICA) data.
Total foreign investment in Myanmar’s mining sector as of August stood at $2.3 billion, or 6.85 percent of the total FDI, official figures show.
Of all Myanmar’s resources, copper and nickel deposits are attracting the most foreign interest. Russian and Chinese companies have looked abroad for nickel and copper acquisitions over the last five years as they seek to extend their resource bases beyond domestic operations.
Firms from Vietnam, Thailand and the US could also be major participants in the growth of the sector. The Myanmar government is also working closely with Australia’s Mining for Development initiative, which aims to improve the social outcomes of mining in developing countries.
Last year, officials outlined some of the draft law’s provisions, including one that would keep the permit partners in joint ventures – between foreign companies and Myanmar citizens or the government – to determine stake ratios without government interference or minimum Myanmar ownership rules.
Foreign companies would be able to own 100 percent of mining projects, but certain restrictions would apply, it was revealed.
The draft law would also permit foreign investors to take leases of up to 50 years and, in some cases, enjoy tax holidays for the first five years. No enterprise formed under the law would be nationalised during the contract period, according to the law. The new mining law also aims at implementing environmental controls on mining companies.
An existing law that prevents raw ore exports from Myanmar won’t be changed, mining ministry officials said earlier. The law is aimed at encouraging processing operations and maximising returns by making higher-value products in country.