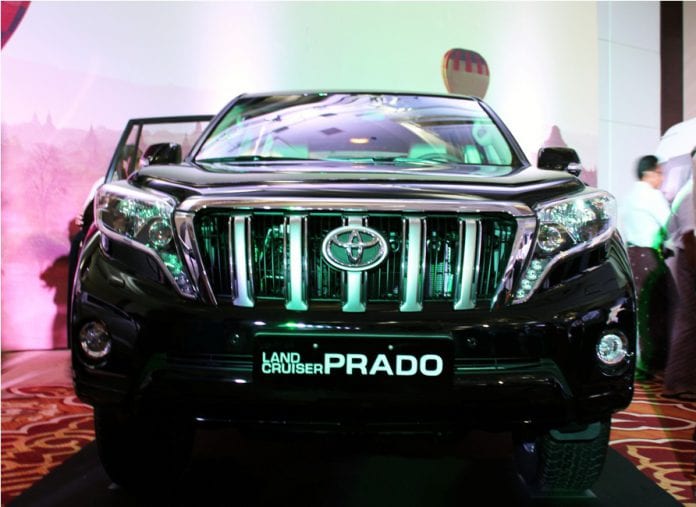 “Toyota has only one showroom [in Myanmar], one service centre on Kaba Aye Pagoda road in Yangon and another one in the western part of Yangon focusing on body frames. Toyota will distribute brand new cars, which are suitable for Myanmar,” U Myo Myint Thein said, adding that the Myanmar market remains largely overwhelmed by used cars and it would take an extended period of time to increase demand for new cars among the majority of the market.

If the new Toyota cars imported into Myanmar break down in the first three years, or within the first 100,000 kilometers, the repairs will be handled by Toyota’s service center at no cost, he said.

All new cars are displayed at the showroom have never been driven as they have been transported from the port to the showroom via carrier trucks and have also gone through a series of mechanical and bodily inspections, he added.

Toyota, which is the number one automaker and distributor in the world, in 2013 shipped 9.7 million vehicles around the world.

In the last few years, many prominent international automakers, including Toyota, Nissan, Mitsubishi, Land Rover, Jaguar, Ford and Hyundai have launched or increased their presence in Myanmar.