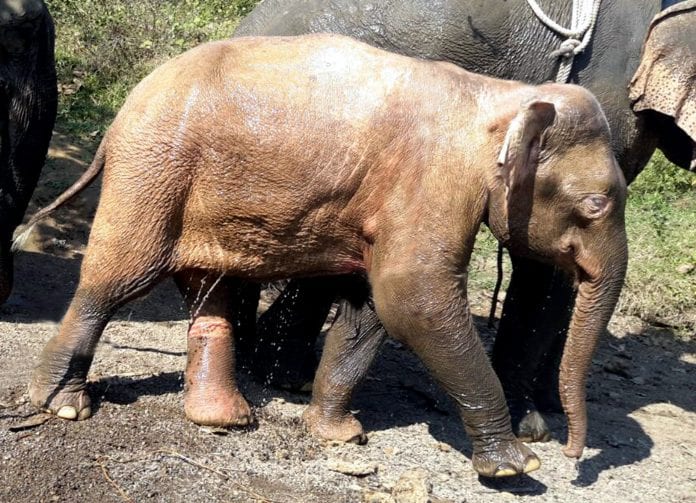 A white elephant was captured in Ayeyarwaddy region after siting over the past few weeks, local media reported.

White elephants are not necessarily albino, but most have light-colored skin. They are considered lucky symbols in Southeast Asia.

White elephants are viewed in the West as symbols of expensive impractical possession that the owner cannot dispose of, while they are viewed in Myanmar, Thailand, Cambodia, and Laos as auspicious symbols of good governance.