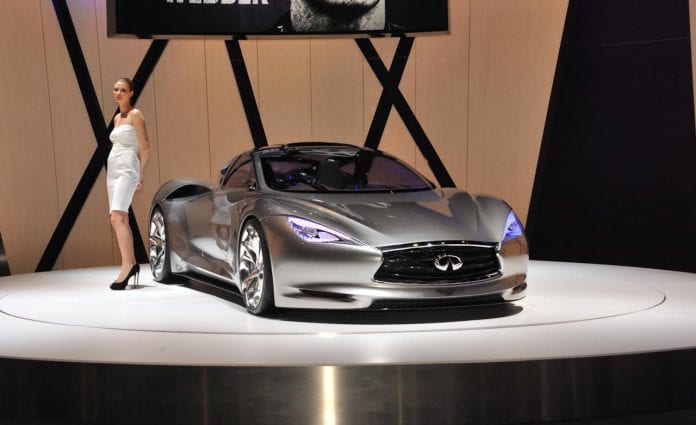 Nissan Motor Co Ltd will start selling Infiniti badged cars in Japan for the first time, the company said, as it tries to position the second-tier luxury brand as a global competitor to prestige European cars.
Japan’s second-biggest carmaker said last week it would sell its redesigned Skyline sedan with the Infiniti badge on the front, steering wheel and wheels from late February 2014. The Nissan Skyline sedan is sold overseas as Infiniti Q50.
The move is part of Chief Executive Carlos Ghosn’s plan to develop the 25-year-old Infiniti brand – sold mainly in the United States – to compete globally with the likes of Volkswagen AG’s Audi and Daimler AG’s Mercedes-Benz.
Nissan Executive Vice President Andy Palmer said the redesigned Skyline with the Infiniti badge would be sold as the Nissan Skyline at Nissan dealerships in Japan.
“Skyline is a premium vehicle and in order to identify it as a premium vehicle, we apply the Infiniti badge,” he told reporters at an embargoed briefing last month.
But the Yokohama-based company said it would not set up an Infiniti-only sales and service network in Japan; nor would it introduce a range of Infiniti vehicles in the home market.
Palmer neither confirmed nor denied that Nissan would put the Infiniti badge on other cars sold in Japan, such as the Fuga, known as the Infiniti M overseas.
Infiniti accounts for around 3.5 percent of Nissan’s total global sales. The United States is its biggest market, accounting for around 70 percent of the 172,615 Infiniti-branded vehicles sold around the world last financial year.
Ghosn aims to triple Infiniti’s global sales to 500,000 vehicles by around 2017, and expand its share of the premium market to 10 percent by the end of the decade. Nissan has not provided its current market share.
Nissan is beset by quality issues and declining profitability as it struggles to meet aggressive sales and production expansion targets set by Ghosn, who announced an executive reshuffle this month.
To better establish its image as a global premium brand, Infiniti last year separated itself from Nissan by setting up its headquarters in Hong Kong and named Johan de Nysschen, Audi’s former boss in the United States, as president.
In Japan, the starting price of the redesigned Skyline with the Infiniti badge will be around 4.8 million yen ($48,100), up from the current model’s $29,300, Nissan said.
The hike is largely because it is a hybrid model with new safety features such as emergency braking and a collision warning system, said Shingo Suzuki, a Nissan spokesman.
Nissan this month slashed its net profit outlook for the year ending March 2014 by nearly 20 percent to $3.6 billion after sales dropped in areas including China, India and Brazil.  Reuters