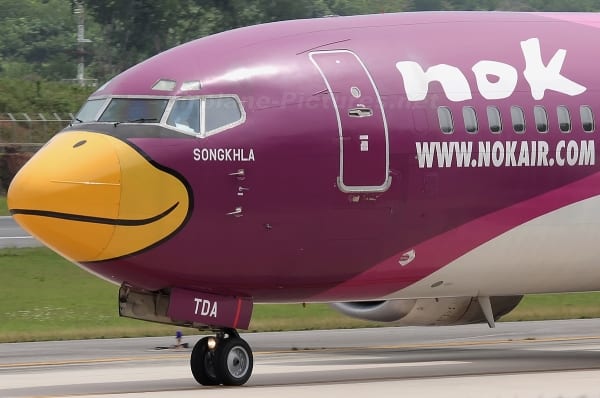 Thai airline Nok Air has announced its first Yangon-Bangkok flight, which will begin operating on November 1.
The route, which operates from Bangkok’s low-cost Don Mueang Airport will begin by operating four flights a week for the first month, before doubling to eight flights a week from December 1. From January, the airline will begin operating two flights a day, according to a press release from the company.
Flights will be served by the airline’s Boeing 737-800 plane, which has a capacity of 189 seats. Customers will be allowed to travel with 30 kilograms of free luggage.
Myanmar’s Ambassador to Thailand, U Tin Win, last week urged Nok Air to increase their amount of operations to Myanmar, to destinations such as Mandalay, Nay Pyi Taw and Bagan.
In response to the ambassador’s request, Nok Air chief Executive Patee Sarasin told Bangkok Post that covering those cities was possible, but for now the airline intends to focus on developing its Yangon-Bangkok route as well as its two routes from Mae Sot – Yangon and Mawlamyine – which opened on October 1, before considering new routes.
“Let’s get our three Myanmar routes right first before we move onto other places,” he said, according to the report.