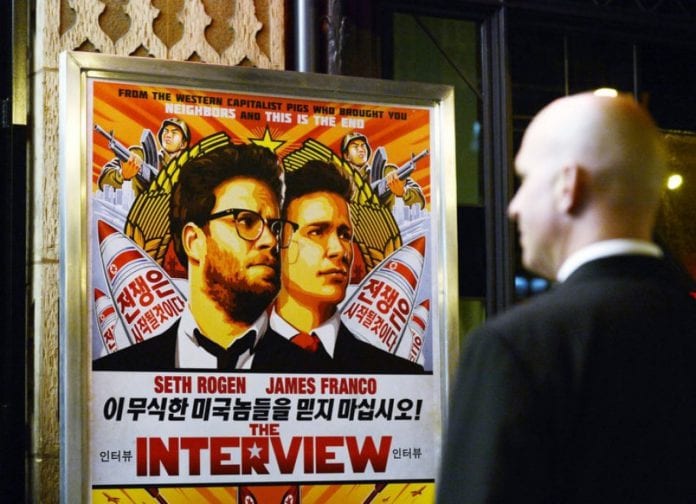 Myanmar police have begun seizing pirated copies of the film “The Interview”, a comedy about a fictional plot to assassinate North Korean leader Kim Jong Un, with media saying the move followed pressure from the North Korean embassy in Yangon.

The provocative comedy that triggered a devastating cyberattack on Sony Pictures made an unprecedented online debut after hacker threats prevented its wide release on Christmas Day.

The English-language web site of The Irrawaddy newspaper said the embassy had urged “proper action” by the government to immediately halt the copying, distribution and sale of the film in Yangon.

Government officials and police contacted by Reuters denied receiving any order to seize the film. “We seized them simply because they were unapproved and pirated,” said an officer from a police-station in Latha Township in Yangon, who declined to be named, referring to some copies of the film seized in a recent raid. Visits to a half-dozen stalls and shops selling illegal DVDs in downtown Yangon failed to turn up a single copy of the film, although dozens of other pirated DVDs were on sale.

Asked why the film was not available, sellers just shook their heads. “We don’t have ‘The Interview’,” said one salesman in an area thronged by tourists, crossing his index fingers across his chest to signify a ban on the film. He refused to elaborate. The owner of one of Yangon’s largest video shops, who also declined to be named, said only that selling the film was against government policy. North Korean embassy officials had visited his shop a few days ago asking for copies, he said, adding that he had been told the staff reported to the Myanmar police any shops found to have the DVD on sale.

The parody has earned more than $31 million from online, cable and telecoms sales since its December release, Sony Pictures Entertainment said on January 6. It took $5 million at the box office, with 580 independent theaters showing it in North America. (Reuters)