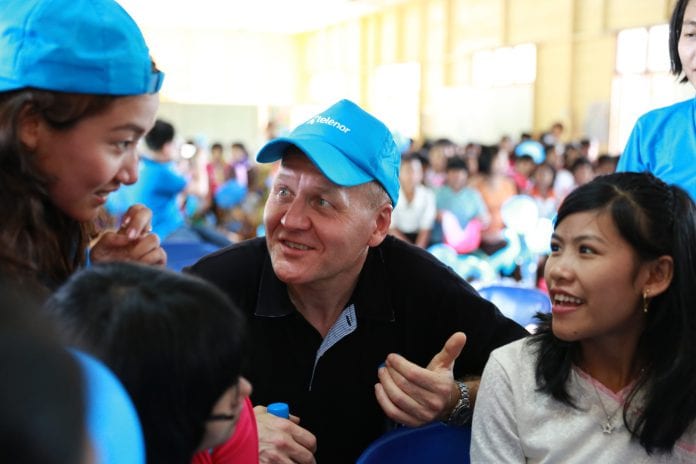 Norway’s Telenor has selected the head of its Asian operations, Sigve Brekke, to become chief executive as it looks to bolster its data business and devise a strategy for its investment in Russia-focused Vimpelcom.

Brekke, who joined Telenor in 1999, has led Asian operations that have attracted more than 100 million subscribers during his tenure, covering half a dozen countries from Pakistan to Malaysia.

He will replace Jon Fredrik Baksaas, who retires in August after 13 year at the helm of Telenor.

“He has done very well in the Asian operations with a big exception for the entry into India and the way it was handled,” said Tore Toenseth, an analyst at Sparebank 1 Markets.

Telenor, which has around 192 million subscribers across Europe and Asia, launched in Myanmar last year and its Asian business represents 40 percent of the firm’s total enterprise value.

The Indian business remains a headache as it has struggled to make money and still generates an operating loss after its launch back in 2008.

“The way the business in India is going this year we are going to be EBITDA profitable,” Brekke told Reuters.

Brekke will receive a base salary of 5.9 million crowns (£504,526), an unusually low figure for a firm with a market capitalisation of $37 billion, but in line with Norway’s tradition of modest wages at state-controlled companies.

Telenor started an aggressive expansion in Eastern Europe and Asia in the 1990s and was quick to enter the new growth markets when new licences were put out for tender.

“We may have to invest in new types of businesses like we have done with online classifieds… and like we are now doing with financial services,” he said.

His biggest immediate headache will be devising a strategy for its investment in Russia-focused Vimpelcom, where it holds 33 percent of the economic interests and 43 percent of the voting rights, which is facing a corruption probe. Norway has an especially low tolerance for corruption.

Telenor said in November that it would be keen to sell the stake but the time was not right for an exit. (Reuters)