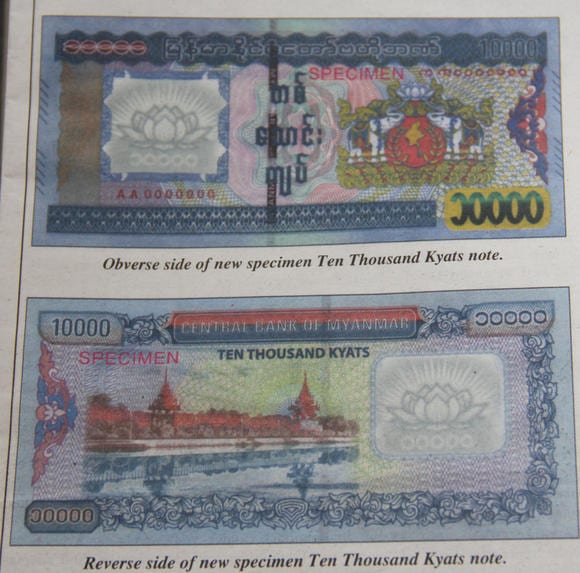 The new K10,000 banknotes have entered circulation at the beginning of July.

The size, the basic design and color remains the same, but the new bills have protective varnish, a lotus watermark and reflective numerals that can be seen under the light and are meant to upgrade security and prolong circulation life. The new bill still has the holographic thread, which changes from magenta to green at different angles.

The release of the updated currency spurred fears of inflation from local economists, but these reflect reactionary criticism of the Central Bank rather than actual economic imprudence.

Myanmar has a turbulent history with the introduction of new bills. In 1987, the 25, 35, and 75 kyat notes were demonetised, wiping out much of the country's accumulated wealth.

Since then, each currency update has sparked unfounded concerns, such as when the kyat changed size in 2004. The current government’s central bank has proven more stable and competent than in the past.