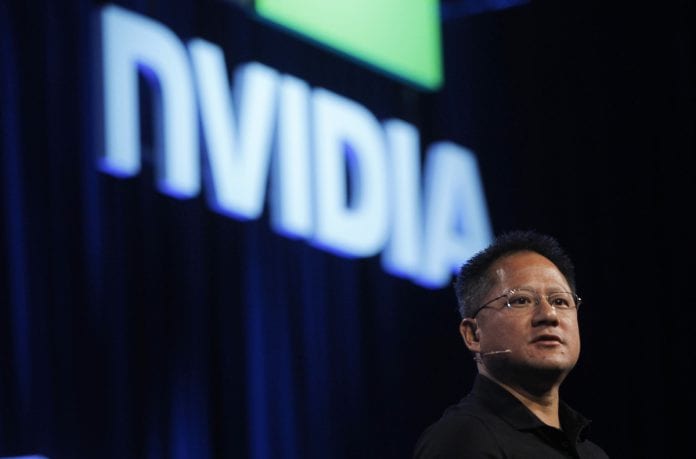 Chipmaker Nvidia Corp gave new details of an upcoming chip with beefed-up graphics for mobile gadgets and cars as it faces a slowing personal computer industry and harsh competition in smartphones and tablets.

The K1 is Nvidia’s first mobile chip to incorporate the Kepler graphics technology the company uses in the high-end components it makes for PC game enthusiasts, Chief Executive Jen-Hsun Huang told reporters at an event in Las Vegas ahead of the Consumer Electronics Show.

Huang in recent years has expanded Nvidia’s business beyond its core PC market and into mobile devices with the company’s Tegra lineup of chips. But he has encountered heavy competition from larger Qualcomm Inc and Samsung Electronics Co Ltd in making components for tablets and smartphones.

Nvidia is betting that adding cutting-edge graphics technology to its mobile chips will entice more manufacturers and consumers to see tablets as viable alternatives to consoles for playing high-end games like first-person shooters.

Nvidia’s most recent Tegra 4 processors are used in Microsoft Corp’s Surface 2 tablet and a smartphone made by Xiaomi in China, but Wall Street is concerned the company is making too little progress for the money it spends to develop the chips.

In the third quarter, sales from Nvidia’s Tegra mobile chips fell 54 percent and sales from its PC graphics chips, which account for the majority of the company’s total revenue, declined 2 percent.

The K1 was previously codenamed Logan, an alias of the comic book superhero Wolverine. An automotive version of the chip will be ideal for camera-based computation in future self-driving cars with applications like pedestrian detection and collision avoidance, Huang said.

Following in the footsteps of recent chip announcements from Qualcomm, Samsung and Apple Inc, Nvidia’s Tegra K1 lineup will also include a version with 64-bit features typically found in personal computers.

Nvidia said it expects a 32-bit version of the K1 chip to appear in devices in the first half of 2014, with the 64-bit chip appearing later in the year.

With progress in mobile devices slow, Nvidia is increasingly looking to the automotive industry and cloud computing to fuel future growth. It has made deals with Audi, BMW and Tesla to use Tegra chips in dashboard entertainment and navigation systems.

At last year’s Consumer Electronics Show, Nvidia unveiled a handheld gaming device called Shield, made with its Tegra 4 chip and based on Google Inc’s Android platform. Nvidia has not said how many Shield devices it has shipped since their launch in July.                 Reuters