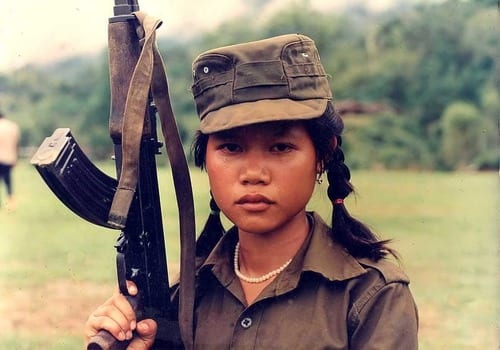 US President Barack Obama will keep Myanmar on the list of nations that are subject to US sanctions over its use of child soldiers.

The decision, announced on Tuesday came despite signs of progress in the discharge of under-age recruits from the formerly military-ruled nation's armed forces.

A US official said that Obama had not granted Myanmar a waiver from the sanctions applied under the Child Soldier Prevention Act (CPSA), AFP reported.

The law prevents US military assistance to or the sale of licences for commercial military sales to cited nations.

The United Nations praised Myanmar last week for making progress in cutting down the numbers of child soldiers in the ranks of its armed forces.

Last week, the military released 109 children and young people from service, in the largest single release of child recruits since the formerly junta-ruled nation committed to ending the recruitment and use of children in June 2012.

A total of 472 children and young people have been released since then as the military has slowed – but not yet completely halted – its use of children.

There are no verifiable figures on how many children are currently serving in Myanmar's huge military, which has faced a slew of accusations over rights abuses, including the forced recruitment of children to work as porters or even human mine detectors.