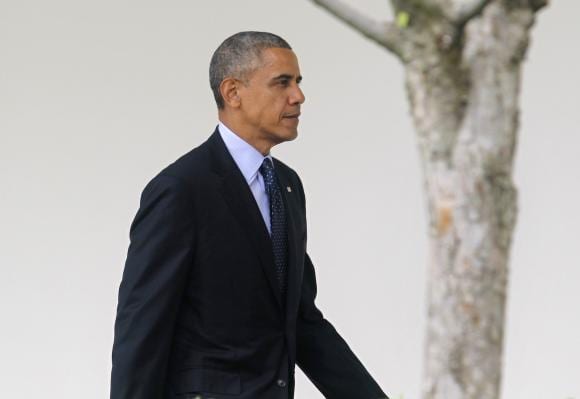 President Barack Obama extended some economic sanctions against Myanmar for another year on Thursday, telling Congress the step is needed despite some progress on reforms made by the country formerly known as Burma.

Obama notified leaders of Congress in a letter that he was renewing for another year the National Emergencies Act, which prohibits U.S. businesses and individuals from investing in Myanmar or doing business with Myanmar figures involved in repression of the democracy movement since the mid-1990s.

Obama, who visited Myanmar in 2012, said the Myanmar government had made advances in critical areas such as the release of more than 1,100 political prisoners, progress toward a nationwide ceasefire, the legalization of unions and taking steps to improve the country's labor standards.

However, he said, "Despite great strides that Burma has made in its reform effort, the situation in the country continues to pose an unusual and extraordinary threat to the national security and foreign policy of the United States."

"The political opening remains nascent, and concerns persist regarding ongoing conflict and human rights abuses in ethnic minority areas, particularly in Rakhine State, and the continued role of the military in the country's political and economic activities," Obama said.

A year ago Obama lifted a 1996 ban on granting U.S. entry visas to Myanmar's military rulers and their business partners and immediate family.

A spokesman for the White House National Security Council, Patrick Ventrell, said significant challenges remain in Myanmar including a dire humanitarian situation in Rakhine state and incidents of violence toward Muslims and other minorities.

He said Obama extended the penalties for another year "in order to maintain the flexibility necessary to sanction bad actors and prevent backsliding on reform even as we broadly ease sanctions." Reuters