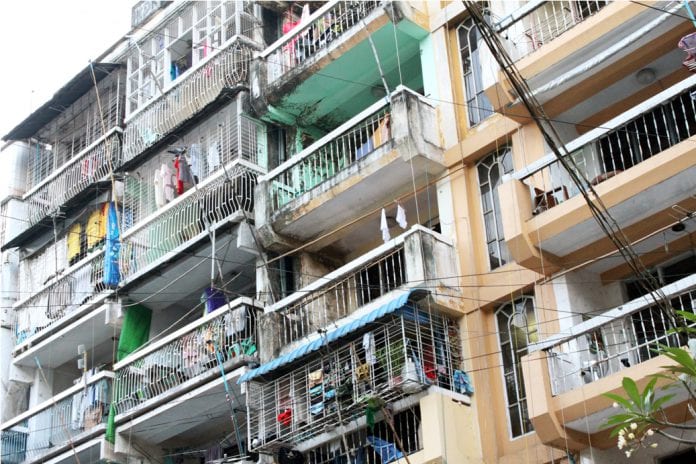 The new standard prices for the property sector released by the Internal Revenue Department (IRD) were up to two times higher than last year standards.

Introduced in 2013, the standard values are used as a reference to charge property tax on property transactions.

“Internationally, property prices are usually controlled in two ways; one is meeting the demand with enough supplies and the next is setting property taxes by specific local governments. Here, the [property tax] board is setting the standard prices so that prices don’t go out of control,” said U Min Htut, director general of IRD.

The property tax board has conducted surveys with six teams in specific townships and wards in Yangon to assess the standard prices which is lower than the current market prices, he said.

Prices were finally determined by the board based on the inputs provided by township offices.

Values of lands in the outskirt areas of Yangon were increased greatly from some thousands last year.

The new standard prices have made the property market sluggish where sales have cooled down to almost none while only a few rentals are taking place, U Sai Khun Naung, owner and manager of Sai Khun Nuang real estate agency, told Myanmar Business Today.

Some agents criticised the standard setting process as lacking transparency and that the new values may encourage tax evasion.

The influx of foreign investment into Myanmar in recent years has increased transactions of houses, apartments and condos fuelling price hikes and the standard values have been increased to keep up with the market price.

“Although foreign investments are entering in force, mostly condo rental deals are being brokered while there’s almost no house rentals as businesses are more into opening representative offices as a start. And the sales are very slow,” Daw May Thu Khin, managing director of Myanmar Tokyo real estate agency, told Myanmar Business Today.

According to a survey conducted by local real estate website House.com on tenants in Myanmar, they are more inclined to buy a property than rent it with 90 percent of the tenants expect to own a house or apartment in 10 years while 66 percent are saving money for the purpose.

“One of the reasons for setting standard prices is to control the influence of the brokers on the market,” said U Min Lwin Oo, deputy director of the IRD office in Naypyitaw.

Although the standard price is officially fixed, the government’s capacity in regulating the market is limited as only a few real estate agencies are registered with the registration department.

At the same time unofficial and opportunist brokers are speculating and hiking prices of real estate to extravagant levels, realtors say.

Yangon’s real estate market is seeing on an average 25 percent annual increase in price while the price has doubled in some places, according to realtors.

Meanwhile, most landowners are steadily pushing up rents by raising them whenever a rental contract is renewed.