Oil Imports to Come by Sea 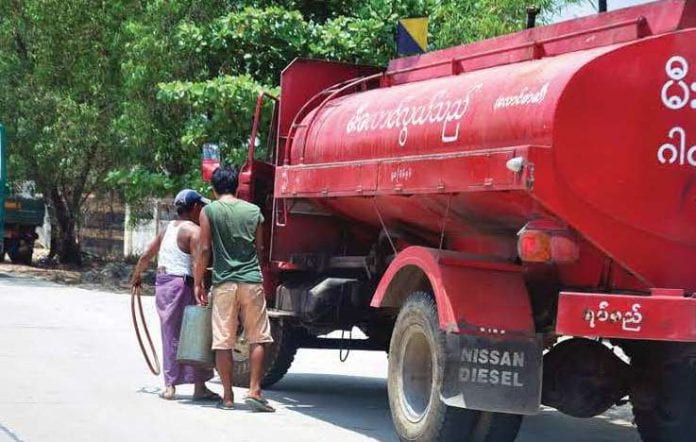 Sea-based import of 95 RON oil will begin in May, according to an announcement from the Association of Local Oil Importers.

Association secretary U Win Myint told Myanmar Business Today that maritime import has become more important as the cost of road transport from the Myawaddy border with Thailand has increased significantly.

U Win Myint said, “It is five times more expensive to import oil by truck, and the quality inspection process is much quicker on ships.”

The imported oil will be inspected by the Thanlyin Oil Refinery, and stored near the Thilawa special economic zone.

U Tin Naing Soe, Head of refined oil trade department said, “There has been increased consumption of 95 RON, and traders can acquire cheaper, higher quality oil from overseas.”

The Association of Oil Importers has stated that 95 RON will be imported from Singaporean and Malaysian companies starting in May.